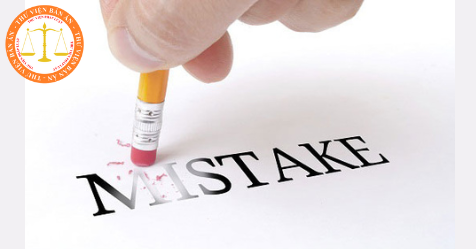 A criminal record is a phrase that no one wants to appear on their resume, it's like a black mark that affects later life. We often encounter these two words a lot in legal documents and in real life, but not everyone understands as well as distinguish between previous conviction and previous offence.

The current law has no documents specifying these two concepts.However, in the past, Resolution 01-HDTP dated 18/10/1990 of the Judicial Council of the Supreme People's Court (expired) mentioned this issue as follows:

Thus, through the above provision, it is possible to understand:

2. Time limit for expungement of previous convictions and previous offences

03 cases were expunged under the provisions of the Criminal Code 2015 of Vietnam including:

Regarding the calculation of the time limit for expungement of criminal records, Article 73 BLHS stipulates as follows:

- The period after which a conviction may be expunged specified in Article 70 and Article 71 hereof depends on the primary sentence.

- A person who is exempt from serving the rest of his/her penalty shall also be considered as having completely served the penalty.

A person who has not been treated as an administrative violation shall be deemed to have no criminal record.

Article 7 of the Law on Handling of Administrative Violations 2012 stipulates that the time limit shall be deemed not to have been handled for administrative violations against individuals and organizations as follows:

- 06 months from the date of serving the warning sanction decision without recidivism;

- 01 year from the date of complete execution of the decision on administrative sanction without recidivism;

- From the date of expiry of the statute of limitations for execution of decisions on sanctioning administrative violations without recidivism.

In addition, for individuals subject to administrative sanctions, the time limit shall be deemed not to have been administratively signed as follows:

- 02 years from the date of completion of serving the decision on application of administrative handling measures without recidivism;

- 01 year from the date of expiry of the statute of limitations for execution of decisions to apply administrative handling measures without recidivism.

3. Some differences between previous convictions and previous offences

Above is some sharing related to criminal records, criminal records based on the provisions of the current law, hopefully the article brings useful information for you to read.