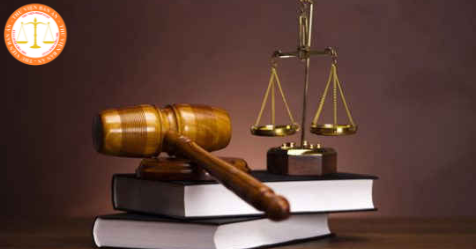 On May 30, 2022, the Superior Control Office in Da Nang issued Notice 37/TB-VC2-V3 on lessons learned on the supervision of the settlement of commercial business cases on: "Credit contract dispute" between the plaintiff Asia Commercial Bank JSC and the defendant Vinh Thang Limited Liability Company and the person with related rights and obligations has independent claims of Ms. Ha Thi Hai Y.

On May 13, 2016, Asia Commercial Joint Stock Bank - Quang Binh Branch (Bank for short) signed with Vinh Thang Company Limited (Company for short) 03 credit contracts and was disbursed with a total amount of 3,520,000,000 VND. These loans are secured by the following security measures:

+ Guarantee deed of Mr. Le M and Mrs. Tran Thi H guarantee all debt repayment obligations of the creditor with the Bank.

The process of implementing credit agreements. The Company is in breach of its commitment to repay its debts. Therefore, on August 20, 2018, the Bank initiated a lawsuit requesting the Court to settle:

- If the Company fails to perform or improperly performs the obligation to repay the debt, the competent agency shall dispose of the mortgaged collateral to recover the debt.

2. The process of settlement of cases

“1. Accept a portion of the ACB Bank's lawsuit claim.

4. Not accepting the petition of the Bank, on the request for realization of collateral of Mr. Đ, Ms. Q to perform the obligation to repay the debt to the Company.

5. Accept the request of the person with related rights and obligations who requests the independence of Ms. Ha Thi Hai Y, declaring the Land use right mortgage contract No. QB1.NDN, 07, 2204 15 dated April 27, 2015 signed between the mortgagee Mr. H Cong Đ, Ms. Pham Thi Q; the mortgagee of ACB Bank for the mortgaged property is land plot No. 19, map sheet No. 52, area 248.8m, in Dong P Ward, D City, Quang Binh Province under the Certificate of Land Use Rights No. 347167 issued by the People's Committee of D Town on December 4, 2003 named for Mr. H Cong Đ, Ms. Pham Thi Q is null and void."

3. Issues to be learned from