Need to understand the crime of "Forced suicide" how is it right in Vietnam? 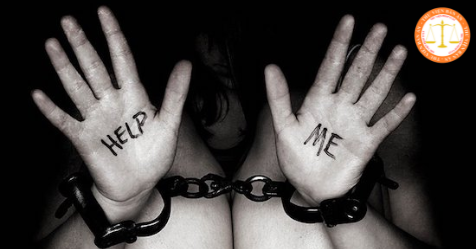 The 2013 Constitution of the Socialist Republic of Vietnam has very specific provisions on the rights of citizens. Among them, there is a very important right that is “Everyone has the right to life. Human life is protected by law. No one shall be unlawfully deprived of his life.” In practice, this right has been seriously violated. So, how to understand the crime of "forced suicide" correctly?

Specifically, in Judgment 05/2018/HS-ST dated January 18, 2018 as a typical example, the contents of the case are summarized as follows:

“On August 7, 2016 at his home, Dang Choi H cursed, punched and kicked Hoang Mui N's body with his feet, and hands, and cursed at the same time. Due to being cursed, beaten and unable to resist, Ms. N took 01 (one) bottle of herbicide, twisted the cap to drink, saw that H continued to curse, hit N and said "You took it back and didn't drink it, if you drink it, drink it up, or I'll give it to you, it's better to let me beat you to death". Then, N took the herbicide bottle and drank it. After drinking the herbicide N, she vomited, H said "it's okay to drink so little" and repeatedly cursed and beat N. Because she drank the herbicide, then she just lay in one place, her stomach bloated. On August 20, 2016 N's health deteriorated, H called Dang Choi C (H's younger brother) to come and take N to the SL Commune Health Station. After that, N was taken to Bao Lac District General Hospital,

The decision of the District Court B: based on Clause 1, Article 100 of the Criminal Code 1999, amended and supplemented in 2009: Declaring defendant Dang Choi H guilty of the crime of "death to death".

"1. Any person who cruelly treats, constantly intimidates, ill-treats or humiliates a person dependent on him/her, inducing the latter to commit suicide, shall be sentenced to between two and seven years of imprisonment.

2. Any person who commits the crime of compelling more than one person to commit suicide shall be sentenced to between five and twelve years of imprisonment."

There are three issues to understand about the crime of " forced suicide" as follows:

Firstly, the dependent person in the crime of "forced suicide" is understood as that person is dependent on the person committing the crime in economic, work, religious or other aspects, namely: economic dependence (shown by the victim having to depend on the offender for the provision of food, clothing, shelter or other material conditions to sustain life); Dependence on work (shown by the victim's influence and influence of other people in the working relationship in organizations); Dependent on religion as followers of dignitaries in the church; Dependence on other aspects such as patients with doctors, students with teachers ...

Secondly, it will be considered a crime of forced death if the offender satisfies one of the following acts:

+ Cruel treatment of victims: means the offenders have cruelly treated and acted to cause suffering to their dependents. It can be physical suffering or mental suffering.

+ Constantly bullying the victim: is an act of relying on power, strength, money, or status to force the dependents to suffer injustice. Bullying must happen regularly to be considered a crime. If it happens only a few times, it is not considered a forced death act.

+ Humiliating the victim: means the offender has committed acts that hurt the dignity and honor of his dependents by words or actions such as slandering, insulting the victim in front of a crowd, spreading false information to make others think of being an evil victim.

In summary, the crime of forced death is a serious violation of human rights, so the protection of vulnerable people always needs proper and timely measures to minimize this crime.