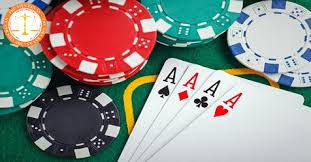 The more and more on New Year's Day, the more gambling cases take place. Can the LAWNET give me some judgments related to gambling on Tet? (Hoang Nam - Tien Giang)

Here are some judgments on illegal gambling during the Tet holidays in Vietnam:

- An extract from the judgment: “Around 11:00 on February 24, 2021, Nguyen Thi M1, Ho Van M, Nguyen Thi T1, Nguyen Thi Thien H and Vo Thi H1 invited each other to play "cat te" to win and lose with money at Mrs. Phan Thi Kim T's house. The casino played until about 12:00 on the same day T came home from work, saw everyone asking to play, T did not stop them but agreed for them to continue playing.”

- An extract from the judgment: “In the afternoon of February 07, 2022 (which is the 7th day of the Lunar New Year), after going to dinner, if according to local customs, Nguyen Van T, Nguyen Cong N, Le Van L, Nguyen Huu Ng and Hoang Ngoc M came to Nguyen Huu Ch's house is a neighbor who plays Tet. While having a drink, the whole group invited each other to play cards for money and was approved by Ch. The group went down to the Ch family's locker room and found a mat and an old 52-card deck of cards. The whole group agreed to gamble in the form of 3 cards to get money. The group played for about 1 hour, when the Working Group discovered and caught it.”

- An extract from the judgment: “At about 19:30 on February 12, 2021 (the first day of the Tan Suu Lunar New Year), Hoang Quang N, Do Van D, Do Van N arrived at Do Van H's house in Dai Truc residential group, Q ward, Sam Son city to wish Tet. While everyone was drinking water, someone (who is unknown) said "on Tet, you guys do a few games of dice to play for fun" (ie gambling for money in the form of dice), they all agreed. While the subjects were gambling, the police force of Q Ward caught them red-handed, at this time Do Van D, Do Van H (homeowner), Le Ngoc D, Le Dinh P, Do Van H and Do Van N ran away.”