05 sentences for murder of newborn babies in Vietnam 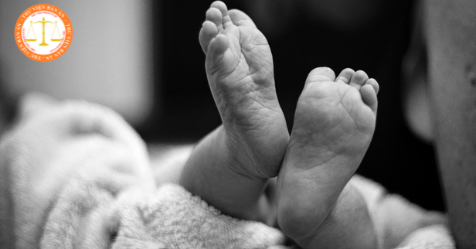 A mother's mission is to care for and raise healthy children, which is an important and sacred mission. However, for unplanned pregnancies, this 'task' can seem quite daunting. Under the pressures in life, society has led to unfortunate cases that have happened.

Here are the newborn murder convictions that have been heard:

- Summary: At about 05.30 on 07/07/2020, PTMH had no husband, gave birth to a baby boy in the motel room. After the birth, when the baby boy cried, H covered the boy's mouth with his hand and covered himself with a blanket so that no one could hear the cry. At more than 7.00 am on 7/7/2020, the boy was no longer crying and lying motionless. H put the boy next to her and fell asleep because she was so tired. When she woke up to find that the boy was dead, H went to wash clothes and blankets and put the baby's body in a nylon bag, and put it in a black backpack, next to the bed. On the morning of July 8, 2020, when everyone in the room went to work, H opened her backpack to take a knife to cut the boy's umbilical cord, then left the backpack behind, took it out of the car to take it home to bury, but when she got off the car, when I got off the car, Mrs NTKL called her back and checked her backpack and found that there was a boy's body inside, so She reported it to the Police of Ward P.

- Summary: Hoang Thi Kim L is a married worker named Dang Van B and has two children. Around April 2018 found out she was pregnant. However, when L was pregnant, L's husband followed another woman, and At the same time, because she was afraid that the company would find out that she was pregnant, she would not be able to work overtime and be allowed to stay home from work with ½ salary, not enough money raising her children, L hid her pregnancy from anyone. On August 20, 2018, L went to work the night shift at the Company and found that she had constant back and abdominal pain, until about 00:30 on August 21, 2018, L went to the toilet and gave birth to a baby girl, fearing that the baby would cry, L had torn the toilet paper and rolled it up and put a little toilet paper in the baby's mouth, then L put the baby down the toilet. When the baby stopped moving, L sat up and put the baby in a black plastic bag in the trash, tied the top of the plastic bag, cleaned the restroom, and went out to work as usual.

- Summary: At about 5 pm, on February 2, 2021, Nguyen Thi H had symptoms of abdominal pain, so she asked her grandson, Nguyen The T2, to drive the car to see a doctor. Doctor P was not at the clinic but due to abdominal pain, H went to the toilet and gave birth to a baby boy. Because he did not want to stay at the hospital, H was brought home by a motorbike taxi. Because from the time he got pregnant unexpectedly until the time he gave birth, Mr. T did not know, if he carried the child back, Mr. T thought that he was having an affair to give birth to the baby, so H had intended to kill the child. H took the boy to the river, threw the boy into the XR canal and then walked home, at this time Mr. Pham Viet T1 who was the boatman at the riverside of Mr. M's house saw the jacket and towel wrapped around the baby, then searched together until about 22.30 to retrieve the dead boy.

- Summary: Dieu Thi Anh X, a Chau Ro, X has a husband and 03 daughters. Around September 2018, X discovered she was pregnant but X did not tell her family. On March 11, 2019, while X was working at the company, X felt pain in her lower back, X went to the toilet and gave birth to a baby boy weighing about 2.9 kg, the baby was still alive. Sudden birth of a child, confused mood, thinking that the family's economic situation is difficult to raise children, and fear of affecting employment at the Company, X arose the intention to give up the newborn child. X picked up a 47 cm long white elastic band available in the toilet trash can and wrapped it around the baby's neck 2 times and then tied it. After that, X put the baby in a plastic bag in the trash and tied it up, and went back to work normally. After that, Ms. Nguyen Thi L, a cleaning worker in the company, saw the nylon bag in the garbage bin tied up, so she opened it and discovered that the baby was dead.

- Summary: Around 6.30 pm, on October 7, 2018, Nguyen Dinh C and Ngo Van D discovered in the area of ​​acacia melaleuca forest in the same village the body of an infant with the placenta still intact and the umbilical cord in a dead state and began to decompose. The investigation process has determined: At about 21.00 on October 5, 2018, Hoang Thi T (who is about 9 months pregnant) was at home with her husband, Hoang Thanh L, when she felt a stomach ache, so T went to the hospital. Go to the area of ​​Acacia melaleuca forest about 200m from the house to go to the toilet in which T gave birth to a baby boy with the umbilical cord and placenta. After giving birth, T fainted for a while until he regained consciousness and felt the back of the baby's head was soft, so he panicked and left the baby there and went home without telling his family. T's act of abandoning the child led to the baby's death.

The criminal law has been provided for in Article 124 of the 2015 Criminal Code on the crime of killing or aborting a newborn child.

However, through the process of adjudicating the above cases, in the author's opinion, the punishment for the crime is not appropriate, because this act is considered serious because it has infringed on the life and right to life, the right to protect human life, and at the same time seriously violate social morality, which is "mother's love", infringing on children's right to life. Therefore this is an issue that needs more consideration.