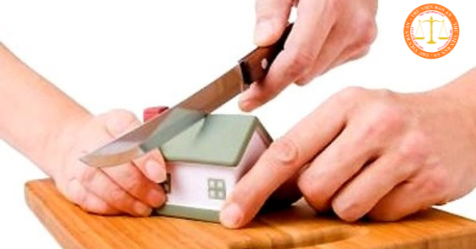 When divorce, the determination of the spouse's contribution during the marriage to divide the common property is quite complicated. Here is a summary of 5 judgments on claims for payment of contributions during marriage.

+ Quoting the content: "at point b, clause 2, Article 59 of the Law on Marriage and Family 2014 of Vietnam stipulates: "The labor of husband and wife in the family is considered as income labor". Therefore, the first-instance level's assessment of Ms. T's labor as unprofitable labor and forced to provide evidence to prove it is inappropriate and does not ensure the principle of protecting women's legitimate rights. Although there is no evidence to prove it, Ms. T's contribution to the common property of husband and wife is real. Therefore, it is proposed that the jury accept the appeal request, forcing Mr. H to divide with Ms. T a part of the contribution of the property value."

+ Results of settlement: Not accepting the plaintiff's appeal, upholding the first-instance judgment.

+ Quoting the content: "About the request of Mr. Hoang Van V's contribution of 50 million VND. The trial panel found that the two litigants admitted that they did not have common property, but during the marriage, Duong Thi H bought a piece of land with an area of ​​​​about 170m2, worth 100 million VND. Mr. Hoang Van V thinks that he has contributed, such as giving money to his wife when he works as a hired worker, and Duong Thi H admits that he sometimes gives money to buy food for the whole family, and expenses for children when they send them to school."

+ Results of settlement: Regarding the claim for money for contributions in common property: Forcing Ms. Duong Thi H to pay Mr. Hoang Van V the amount of VND 8,000,000.

+ Quote from the content: “Out of the current 04 buffaloes and 02 pigs of Mrs. O, there is 01 8-year buffalo before the couple moved to live together in 2014, and there are 3 more buffaloes and pigs after 2014. To maintain, create and develop this property (buffalo, pig) also has a part of the contribution of Ms. S, so it is necessary to consider accepting Ms. S's request to share a part of the value of the common property, which is 04 buffaloes and 02 pigs, whose value according to the valuation results on 11/26/2020 is 109,950,000 VND is grounded according to the provisions of article 61 of the Law on Marriage and Family of Vietnam

+ Results of settlement: Regarding efforts to contribute to the creation, maintenance, and development of the common property as well as to the common life of the family: Forcing Mrs. Cam Thi O to pay Ms. Cam Thi S the amount of money. 13,700,000, VND.

+ Quoting the content: "Ms. H asked Mr. N to deduct 150,000,000 VND, specifically: From December 2015 to January 2017 I gave my mother-in-law 3 million VND each month, the money was given to my mother-in-law to use in the daily activities of grandparents and family.  Mr. N and Mrs. C did not agree with Ms. H's request but also admitted that Ms. H had given money as described above.

+ Results of settlement: Regarding the division of effort and contribution: Forcing Mr. N to be responsible for deducting and distributing to Ms. H the amount of effort contributed in the process of maintaining and embellishing the common property for the family with the amount of 15,000. 000VND

+ Quote from the content: "Ms. N asked Mr. D to extract 300,000,000 VND for the contribution during the process of being a bride. Considering that the case belongs to the case where the husband and wife live together with the family and the husband and wife's assets in the family's common property cannot be determined, according to the provisions of Clause 1, Article 61 of the Law on Marriage and Family of Vietnam. Therefore, it is necessary to consider and evaluate Ms. N's efforts and contributions to the creation, maintenance and economic development, and common life of the family. Forcing Mr. D to give Ms. N from VND 50,000,000 to VND 70,000,000.”

+ Results of settlement: Regarding the division of effort and contribution: Forcing Mr. D to be responsible for deducting and dividing to Ms. N the amount of effort contributed in the process of maintaining and embellishing the common property for the family with the amount of 60,000. 000d.