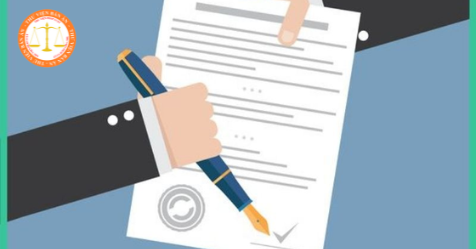 Recently, there is a stir about a dispute about a space lease contract between The Gioi Di Dong and the lessor. In fact, these disputes happen a lot, especially during the epidemic situation, the business is stalled, and both the lessee and the lessor can't reach a common agreement.

Below, is a summary of 05 judgments on land lease contract disputes in Vietnam:

- Quoting the content: "On October 25, 2014, Ms. My K and N1 Trading Joint Stock Company signed a contract to rent kiosks No. 166, Appendix 01 and Appendix 02. The two parties agreed that the company would agree to co-operate with the company. She suggested to Mrs. My K to rent kiosk 2C39 for VND 3,740,000/month and kiosk 2A20 for VND 2,310,000/month. The lease term is 18 months from October 25, 2014 to the end of April 24, 2016 or another date agreed upon by both parties; The deposit amount is 33,000,000 VND to be paid immediately after signing the contract and the appendix… After only 9 months of operation, at Center G, there have been many unsatisfactory things from N1 company, causing difficulties for the company. Ms. K's business activities, such as: The landscape of the face of Center G, before the 2015 Lunar New Year and the first day of January, the G Center had acts and intentions to cause confusion, causing confusion, which had a great impact on the business of all small businesses, failing to properly perform the contract signed with all small businesses, the defendant's representative only met to receive information to review the official letter and promises to build and develop, asking the small business to continue reinvesting so that it will reopen in September 2015."

- Quoting the content: "Trading and Service Joint Stock Company has signed a contract for T Joint Stock Company to rent a booth 06 times at the Vietnam High Quality Goods Fair in 2011 and 01 time at the Annual Shopping Festival. 2012 organized by Company H. According to the agreement, company T must pay the cost of renting a booth to Company H before the opening date of the Fair and Festival. However, up to now, company T has not paid for the above-mentioned booth rental costs. On June 12, 2012, Company H agreed to the payment extension of company T, but so far, company T has not fulfilled its debt payment obligation. Due to the long-standing relationship between the two parties, the plaintiff did not file a lawsuit. It has been many years but the defendant has not made payment of the debt, so the plaintiff filed a lawsuit asking the defendant to pay the plaintiff the outstanding booth rental cost of VND 311,850,000.

- Quote from the content: “On January 1, 2017, Mr. L2 and Mrs. H2 signed a contract to rent the premises to be used as a restaurant or pub. The L-shaped facade includes the entire facade around Mrs. H2's house, to place tables and chairs for dining and the entire kitchen area. The contract period is 03 years, from January 1, 2017 to January 1, 2020, with the price of 4,000,000 VND/month and 12 months in advance with the amount of 48,000,000 VND. After signing the contract, Mr. L2 handed over to Ms. H2 the amount of VND 48,000,000. With a receipt, Ms. H2 handed over the premises to Mr. L2. After opening the shop for more than 2 months, the urban ward cleaned the sidewalk, then Mr. L2 knew that the sidewalk was not in use. On March 15, 2017, Mr. L2 stopped selling, because the sidewalk was not in use, there were only 4 tables in front of the house, so he could not sell. Mr. L2 informed Ms. H2 and proposed to terminate the lease contract and return the premises to Ms. H2, because the premises were not used, and asked Ms. H2 to return the rental amount that Mr. L2 had paid. give it to Mrs. H2 in advance.”

- Quoting the content: "On July 22, 2002, Mr. H1 - Head of the Management Board of Ba Kim Ngoc T Temple signed a space lease contract with Ms. D, whereby the Management Board of Mrs. Kim Ngoc T Temple for her D leases premises at address 88 LTR, BT ward, District M, area 8m x 8m, for residential and business purposes, term until December 21, 2009, rental price 3,000,000 VND/month. On April 5, 2008, the two parties signed an agreement for Ms. D to continue renting until December 31, 2016, the rent is 3,000,000 VND/month. After that, Mrs. Kim Ngoc T Temple was granted a Certificate of land use rights, ownership of houses, and other properties attached to land by the People's Committee of District M, the purpose of which is religious land; construction area: 243.33m2; floor area: 314.69m2. Due to Ms. D's violation of the agreement to rent the premises and use it for improper purposes, on March 31, 2016, the Management Board of Ms. Kim Ngoc T Temple informed Ms. Pham Thi Le D of the termination of the lease agreement in advance"

- Judicial body: People's Court of Binh Duong province- Quote from the content: “On March 28, 2017, C Coffee Service Joint Stock Company signed a lease contract of H Production and Trading Co., Ltd. 210m2 of space on the ground floor of HPT Plaza building at address T, Binh Duong province to provide restaurant services with the Highlands Coffee brand, the lease term is for 5 years from June 21, 2017 to June 21, 2022. The expected handover date is July 31, 2017. Company C has made a deposit of VND 165,000,000, hired a design unit, invested in some equipment, and trained and recruited human resources to prepare for business, but Company H did not deliver the premises as agreed affecting seriously the business plan of Company C.”