05 judgments on land disputes due to acts of encroachment 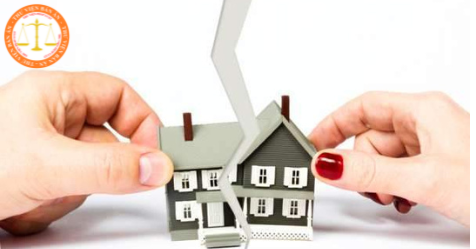 According to the provisions of Article 3 of Decree 91/2019/ND-CP of Vietnam,

Land acquisition means that the land user moves landmarks or land parcel boundaries to expand the land use area without the permission of the land state management agency or the lawful user of the invaded land area.

Land occupation means the use of land in one of the following cases:

- Arbitrarily using land without permission from the land management agency;

- Use land in the field without completing the procedures for land allocation and land lease in accordance with the law.

Below is a summary of 05 judgments on land disputes due to acts of land encroachment, please read together.

1. Judgment No.12/2021/DS-PT dated February 4, 2021 on the request for relocation of architectural objects and property on the land

- Summary of the case contents: Mr. T has received the transfer of Mr. Le Van D, and Mrs. Vo Thi T has a land area of 3,770m2. By 2014, Mr. D and Mrs. T dispute the request to cancel the land transfer contract and cancel the land use right certificate issued to Mr. T. In the process of dispute resolution, Mr. D, Mrs. T came to construct a fence on the land he had received the transfer of parcel 167, parcel 170. Mr. T has informed the local authorities to come and make a record of the interdiction, but Mr. D Mrs. T continues to build. He now requests the Court to resolve the charges against Mr. D and Mrs. T to dismantle and relocate the brick wall fence that previously in 2016 Mr. D and Mrs. T had arbitrarily built illegally on his land.

- Decision of the Court: Accepting the lawsuit petition of Mr. Truong Minh T. Force Mr. Le Van D and Mrs. Vo Thi T to dismantle and relocate the fence that was built to occupy the plaintiff's land.

- Summary of the case content: The plaintiff's land is Mrs. L and Mrs. C adjacent to each other. During the time she was employed by the company, Mrs. C built a fence to cross her land 0.6 meters laterally behind the back. Now, she requests Party C to return to her the land that has been invaded 0.6 meters laterally behind, and the boundary on the front of the front of her agreed to immediately take the power pillar as the boundary between the two sides.At the same time, she requested to redefine the land boundary between her and Mrs. C.

- Decision of the Court: To dismiss Ms. Truong Thi L's lawsuit against Ms. Nguyen Thi C on the request to redefine the land boundary.

- Summary of the case content: After receiving the land transfer, in December 2018, Ms. H discovered that Mr. T removed her B40 mesh fence, built bricks on top of the fence foundation that Mrs. H had built, the front section builds about 01 meter high to pour soil to raise the surface of the yard, the back section builds high as a warehouse wall, invades and uses up the foot of her fence. Mr. T's family arbitrarily dismantled and encroached on her land and fences without informing her. After finding out, she made an application to the People's Committee of Long Thanh T commune for settlement. When the mediator in Mr. T commune agreed to support her VND 10,000,000 (ten million dong), she did not agree to initiate a lawsuit to the Court.

- Summary of the case content: Due to the fact that the land used by Mr. T has no length, Mr. Tran Van L asked Mr. N to give Mr. T a few meters behind, the Executive Board of Hamlet 1B was reconciled on July 6, 2008, the two sides agreed with each other, Mr. T made a fence behind the land, then stopped. Around December 2008, Mr. Tran Van N arbitrarily measured the land and built a brick fence with B40 mesh to the right of the land that Mr. T was managing without consulting Mr. T and Mr. T did not prevent because he did not know that the land was occupied. Now Mr. T determines that Mr. N has built an encroachment fence across the land Mr. T is managing and using an area of 202m2. Therefore, Mr. T initiated a lawsuit requesting Mr. N to return the land area occupied is 202m2; requested Mr. N to remove the fence built on the land occupied; Mr. T agreed to support Mr. N with the amount of VND 10,000,000.

- Decision of the Court: Annulment of the first-instance civil judgment. To deliver the case files to the People's Court of B Town, Binh Duong Province for re-settlement according to first-instance procedures.

- Summary of the case content: In 2014, Mr. H received the transfer of land plot No. 198. When receiving the transfer on the land plot with the house of Mrs. Le Thi Mo C has built and is living. Mr. H only transferred the land without buying the house. At the time of receiving the transfer of land in front of Mr. H's house and Mrs. C's house, there was a pollution part of Mr. D's house and Mrs. M occupied the space in front of Mrs. C's house, so Mr. D and Mrs. M agreed in writing to agree to remove and relocate the above pollution part (handwritten paper). Mr. H now requests Mr. D and Mrs. M to remove the iron reinforced concrete construction box, with a horizontal area of 0.4m x 2.4m long x 0.07m as agreed, the unfinished removal fee shall be borne by Mr. H in full.

- Decision of the Court: Recognizing the agreement of the plaintiff and the defendant. The respondent agrees to Mr. H removing the umbrella (sling) belonging to the respondent's house. The plaintiff bears all costs arising from the dismantling.