When is a child born after a divorce considered a common child in Vietnam? 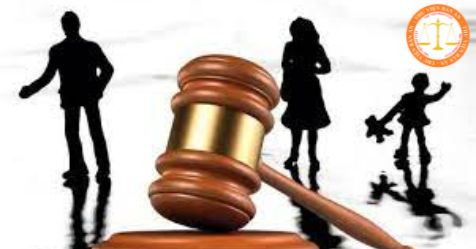 Specifically, in Judgment 73/2020/HNGĐ-ST dated September 23, 2020 on the dispute to determine the father of the child, the content is as follows:

“Mrs. Do Thu H and Mr. Nguyen Xuan T are husband and wife, during the time of living together, there were conflicts. By May 2019, Ms. H and Mr. T were granted divorce by the People's Court of L city.

At the end of 2019, Mrs. Do Thu H gave birth to a baby girl. After Mrs. H gave birth to a child (a girl), Mr. K did a DNA test, concluding that Mr. K and the girl had a father-son bloodline. Therefore, Mr. K asked the Court to confirm that the girl born by Ms. H on October 5, 2019, according to the birth certificate of the Provincial General Hospital D is Mr. K's child."

The People's Court of City L, Province D has accepted Mr. K's petition to sue. He is recognized as the biological father of the girl born by Mrs. Do Thu H.

The baby girl was born within 300 days from the date Ms. H and Mr. T ended their marriage. According to the provisions of Clause 1, Article 88 of the Law on Marriage and Family 2014 of Vietnam, this girl is considered the child of Mrs. H's pregnancy during the marriage.

"1. A child who is born or conceived by the wife during the marriage period is the common child of the husband and wife.

A child who is born within 300 days from the time of termination of a marriage shall be regarded as a child conceived by the wife during the marriage period.

A child who is born before the date of marriage registration and recognized by his/her parents is the common child of the husband and wife.

2. When a parent does not recognize a child, he/she must have evidence and such non- recognition shall be determined by a court."

Therefore, if Mr. K does not sue and request to receive the child back, according to the regulations, the newborn baby girl is naturally the child of Mr. T, Mr. T is allowed to write his name on the birth certificate as the father of niece H, not Mr. K. From a legal perspective, the parent-child relationship, rights and obligations only appear when certified by a competent state agency. That is, biologically, even though there is no blood relationship as a biological father or mother, it is still possible to have a father-son, mother-child relationship.

According to the content of the judgment, Mr. K is the biological father of grandchild H, based on the results of DNA examination at the LOCI Institute of Molecular Biology, but has not yet been recognized as the biological father of child H and is not recorded on the birth certificate as a father. Mr. K must initiate a lawsuit to determine the father and son according to current regulations.

The court also said that although Mrs. H was pregnant during the marriage, Mr. K and baby H had a father-son bloodline. Besides, Mr. T had no dispute and also confirmed that the girl was Mr. K's child. So the court decided to recognize Mr. K as the girl's father, which was completely reasonable.

The judgment is an example of a case of determining the parents of a child in practice, resolved in court, in real life, affirming the parent-child relationship is officially recognized only through legal procedures to ensure the rights and obligations of the parties, especially the children.