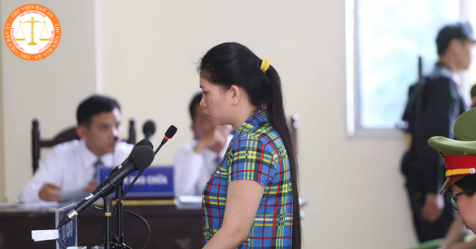 Through studying the article "What crime did Vo Thi Tr commit?" As author Dinh Thu Nhanh posted on July 10, 2022, I believe that Vo Thi Tr committed the crime of "Deliberately causing injury in a state of strong agitation" leading to death.

Through the content of the case, I believe that Tr's behavior commits the crime of "Deliberately causing injury in a highly agitated mental state" for the following reasons:

Firstly, according to Article 135 of the Criminal Code of Vietnam, deliberately causing injury or causing harm to the health of others in a state of strong agitation is an act of a person who is well aware that his or her behavior is dangerous to society. Foreseeing the consequences of that act, but being strongly affected by the victim's illegal behavior towards them or with their loved ones, causing them to lose their self-control, unable to see the full nature and socially dangerous level of his behavior.

Tr's agitated mental state is that she has been beaten for a long time, suffering from mental inhibition from being abused by her husband, S.

The circumstances of the case showed that Tr was in a mentally agitated state and took the handle of the hoe to hit S in dangerous positions on his body. However, Tr did not have the intention to kill S. The purpose here is that Tr wants to vent the hurt that Tr suffered during the time he was abused by S. After seeing no response, Tr quickly pulled S ashore to see how his health was, but did not abandon or leave. Furthermore, the two have a husband and wife relationship. Certainly, if S was still alive at that time, Tr would take him to the emergency room. Therefore, the consequence of S's death is beyond Tr's wishes when performing the crime.

Secondly, Tr's behavior is not "Murder due to exceeding the limit of legitimate defense". The act of fighting back is necessary and consistent with the nature and level of danger of the act of aggression, then it is a defensive act. However, if the behavior is not considered necessary, and is not consistent with the level of danger of the abusive act, it is not considered a defensive act.

Considering that, the dangerous level of S's and Tr's infringing acts is neither necessary nor consistent with the level of aggression to be considered a defensive act because both have also frequently quarreled plus the fact that S often acts violently towards his wife. The behavior against Tr was also from the previously repressed resentments, hitting the dangerous place was clearly shown, leading to the unintended consequence that Tr didn't want to happen was S's death.

The above is the exchange of views on the case, looking forward to receiving feedback from readers and colleagues.