Vietnam: What is pardon? Criteria to distinguish amnesty and pardon. 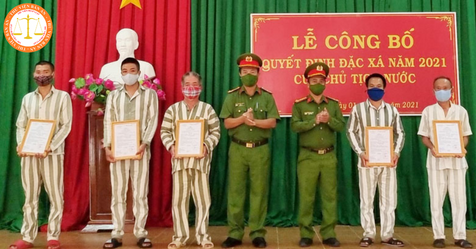 “On major national holidays in Vietnam, I often hear the phrases amnesty, pardon for prisoners. Therefore I would like to know the differences between amnesty and pardon.”_ Hong Anh (Can Tho)

What is a pardon?

According to the provisions of Clause 1, Article 3 of the Law on Pardon 2018, special amnesty is a special leniency of the State because the President decides to release prisoners ahead of time for those convicted of definite prison sentences or imprisonment for family members. important events, major national holidays, or in special cases,

What is an amnesty?

Currently, the concept of amnesty is not specified in any legal documents. However, according to the Vietnamese online dictionary, the Wikipedia website, and the practice of pardons in 1946 and 1976, it can be understood that a pardon is a form of complete forgiveness for certain crimes committed by a series of offenders (regardless of whether they have served their punishment, or have been prosecuted, tried or not) during a particularly important event in the political life of a country.

Criteria to distinguish amnesty and pardon