There is a certificate of land use right, the transfer contract is still invalid in Vietnam? 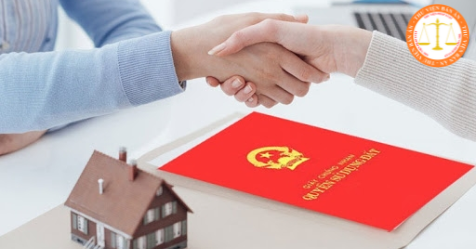 At present, there are still many cases where the recipient of a legal land use right transfer or donation has been granted a certificate of land use right but has been distrained and solved by the previous owner's judgment. So, how will the Court solve it to both ensure the execution of the judgment and ensure the rights and interests of an honest third party?

Specifically, in the appellate civil judgment No. 103/2018/DS-PT dated May 18, 2018 on a dispute over the property being distrained land use rights, the content is as follows:

After the judgment took legal effect, Mr. X requested the judgment enforcement and the District C's Civil Judgment Execution Sub-department distrained Ms. B's property, including the land of Mr. P and Ms. N. Now Mr. P, Ms. N asked the Court to recognize the land use rights granted to you by the People's Committee of District C, if not, Mr. Tran Van T and Ms. Le Thi Bach B must return to him VND 200,000,000 at the price. buying."

Although the real estate transferee has been granted a certificate of use right, the judgment enforcement agency still distrains and handles the property according to the transferor's judgment, which confuses many people. There are many reasons leading to this situation, among them is that when the trial judgment takes effect, the person with the right to request judgment enforcement has not exercised his/her rights or the judgment enforcement agencies have not promptly taken preventive measures and notified relevant agencies. At that time, Ms. Le Thi Bach B had the right to give Mr. T the right to use the land. Since then, Ms. P and Mr. N received the transfer of the property, which is Mr. T's land use right, in good faith and lawful.

However, according to the provisions of Joint Circular 14/2010/TTLT-BTP-TANDTC-VKSNDTC and more specifically in Decree 62/2015/ND-CP, the following regulations:

Therefore, in order to ensure compliance with the decision of the effective judgment, avoid the dispersion of assets and transfer the risk to an honest third party, strict sanctions are applied or when If there is a judgment, the judgment creditor should quickly transfer the file to the judgment enforcement agency requesting the distraint and handling of assets.