The testator's rights in Vietnam 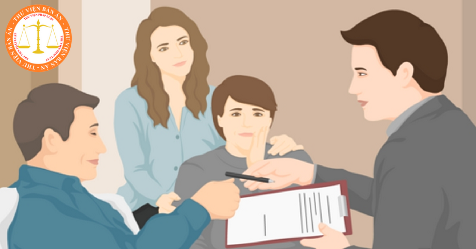 A person who has the right to make a will to dispose of his/her property, according to the provisions of Article 625 of the 2015 Civil Code, is determined to be an adult, has left behind the property, is wise, lucid and completely voluntary when making a will. A minor from full 15 years old to under 18 years old is still entitled to make a will like an adult but must be approved by his/her father, mother, or legal guardian.

The first-instance civil judgment No. 26/2019/DS-ST dated August 8, 2019 on inheritance disputes has the following contents:

Mr. T objected and said that Mr. T2's will was unreasonable. He suggested leaving the whole house to build a church. In case of inheritance, he proposed to leave a part of the land area of ​​30m2 to build the church, the rest required to be divided equally among the co-heirs.”

City People's Court. Da Nang has decided: The declaration of T2's will made on July 3, 2012 has appropriate content and form, so the will above is completely legal and T2's estate will be distributed according to the will.

If eligible to make a will, it is the right that an individual who makes a will dispose of his or her property on the basis of compliance with the provisions of law.

Currently, the Civil Code 2015 stipulates the rights of the testator as follows:

A testator has the following rights:

1. Appoint heirs or to deprive an heir of the right to inherit the estate;

2. Determine those parts of the estate which each heir is entitled to;

3. Reserve part of the estate as a gift or for worship purposes;

In addition, a will is considered legal when it fully meets the conditions specified in Article 630 of the 2015 Civil Code, as follows:

1. A will must satisfy the following requirements in order to be lawful:

a) The testator was of sound mind when he or she made the will; and he or she was not deceived, threatened or coerced into making the will;

b) The contents of the will are not contrary to law or social morals and the will complies with legal formalities.

2. A will made by a person between fifteen and eighteen years of age must be made in writing and with the consent of the parents or guardian of such person.

3. A will made by a person who is incapacitated or illiterate must be made in writing by a witness and must be notarized or certified.

4. A written will which is not notarized or certified shall be deemed lawful only if it satisfies the requirements provided in Clause 1 of this Article.

An individual has the right to dispose of part or all of his or her property to one or more beneficiaries. How much each person is entitled to depend on the will of the person who has the property. Specifically, here Mr. T2 has the right to dispose of his/her part of the common property of the husband and wife and the part inherited by Mr. M. For that reason, the Trial Panel declared Mr. T2's will valid. The law is perfectly reasonable and justifiable.

Therefore, an individual who has property has the right to leave a will to determine his or her share of the property after his death, and the distribution of property must comply with that person's will.