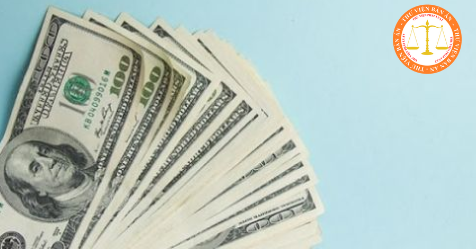 In many localities, the form of tontine is no longer strange. Besides the benefits of playing hui such as mutual support and help during financial difficulties, and mobilizing capital so that people can develop products and serve the family economy, hui is also a risky form. Stemming from the fact that not everyone involved knows that there are legal regulations on tontine. Ignorance of the law as well as subjectivity has led to unfortunate consequences when a dispute occurs between the parties.

In the appellate civil judgment No. 16/2018/DS-PT dated January 23, 2018 on a dispute between the plaintiff, Ms. Van Kieu N and the defendant, Ms. Nguyen Thi N1, with the following contents:

Ms. Nguyen Thi N1 did not agree to pay the debt due to Ms. Van Kieu N's lawsuit request because she thought that she did not participate in the game with Ms. Van Kieu N1. If you join the hui game, you must have a list of hui members and all members must sign the hui list. Ms. Van Kieu N's request was based only on the list of hui made by herself and the witnesses, the making of this list could be made by anyone, in addition, Ms. Van Kieu N did not have any evidence.”

There have been many cases of broken families, tontine leading to serious consequences, but the implementation of the law has not been really synchronized. The hui, wards are usually formed based on the acquaintance or trust among the participants, so the transactions are mostly done by word of mouth or the sketchy notes of the payment of hui or receipt of mone signature is not notarized or authenticated. And of course, when one party runs away with the money or the parties have a dispute, the above evidence are not enough legal basis for the Court to settle the case, the recovery the property of the parties. membership is downright difficult.

The law provides for the form of agreement between the family members, hui bieu, and wards in Article 7 of Decree 144/2006/ND-CP on tontine

Tontine agreement can be expressed verbally or in writing. Written agreements on tontine may be notarized or authenticated if so requested by members.

Therefore, at this time the law accepts both forms of their agreement, either orally or in writing. When there is no written agreement, the parties can still file a lawsuit if it proves the existence of an agreement between them.

However, the proof is very complicated and the chances of getting the lost money back are pretty slim. To overcome the unfortunate risks that may occur in Clause 1, Article 7 of Decree 19/2019/ND-CP on tontine, the form of agreement on hui must be made in writing.

1. The wire agreement they have is in writing. The written agreement on the wire they are notarized, authenticated if the participants ask them to.

The members of the hui band often rely on the relationship of acquaintance and mutual trust, so the notarization and authentication of transaction documents each time they contribute or withdraw is very little due to complicated and time-consuming procedures or they do not anticipate possible risks. The notarization of transactions is therefore also overlooked so that when a dispute occurs, those papers are authentic evidence that can be provided to the Court.

Understanding the legal provisions and strictly complying with the policies of the law is to ensure the rights and interests of individuals as well as to contribute to the state management of tontine.