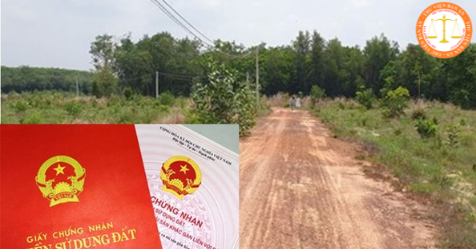 Many people think that their land has been granted a red book by the state, it will forever be theirs. Therefore, when seeing others exploit a part of their land plot (perhaps by mistake or deliberately), some cases will remain silent and ignore it because they think they don't need to exploit it yet. So, in cases like the above, is it possible for landowners to lose their land to miners?

Typically in the Judgment 03/2018/DS-ST dated February 6, 2018 on reclaiming encroached land, according to which:

The trial panel said that Mr. Pham Thach A's request to dig a ditch on plot 18 in 1984 and Mr. Dinh A's request to install a water pipe and a water pump on plot 16 in 1995, all of them asked for the consent of Mrs. Le Thi M's family and the consent of Mrs. M's family, while Mr. Nguyen L's family lived next door but for a long time still had no opinion. In addition, on the disputed land plot, there is a jackfruit tree planted over 30 years, the plaintiff claims that it was planted by Mr. Nguyen Q but admitted that the jackfruit was used by Mrs. M's family.

This proves that Mr. B and Mrs. M have honestly, openly and continuously owned the land plot for more than 30 years.

The trial panel decided: Not to accept the petition of plaintiff Mr. Nguyen L to reclaim 23.8m2 of agricultural land in parcel 247 managed and used by Ms. Le Thi M.

“Article 236. Establishment of ownership rights resulting from prescriptive periods with respect to possession or deriving benefits from property unlawfully

A person unlawfully but in good faith possessing, or deriving benefits from, property continuously and in an overt manner for ten (10) years with respect to the moveable property, and for thirty (30) years with respect to immovable property, shall become the owner of such property from the moment of commencement of possession, unless otherwise prescribed by this Code and relevant laws."

Possession in good faith means the possession that the possessor has bases to believe that he/she has the right to the property under his/her possession."

1. Continuous possession means possession that is carried out over a period of time without a dispute over the right to that property or with a dispute but not yet resolved by a legally effective judgment or decision. the law of a court or other competent state agency, even when the property is handed over to someone else to possess.”

1. Possession of the property shall be deemed to be overt possession when it occurs in a transparent manner, without concealment; when property currently being possessed is used in accordance with its functions and usage and is preserved and retained by the possessor as if it were his or her own property."

It can be seen that for the case in the above judgment, although Mr. Nguyen L's family was granted a red book in 1993, it did not exploit as well as take any measures to force Mrs. M's household not to partially exploit land with an area of ​​​​23.8m2 in the land parcel that has been granted the certificate of his family. Therefore, when Mr. L filed a lawsuit in 2016 to demand that Ms. M return the encroached land, the law protected Ms. M because she had possessed it in good faith, continuously and openly for more than 30 years, so Mr. L could not ask Mrs. M to return the land.

It is thought that any land plot, even though it has been granted a red book, must always take measures to protect the land from being exploited by others for too long to avoid the case of loss of land to an honest third party as in the above judgment.

Sang Nguyen
21
Key word: Possession right away in vietnam | red book in Vietnam | let someone else use the land in Vietnam |