Risks in contributing money to buy land in Vietnam 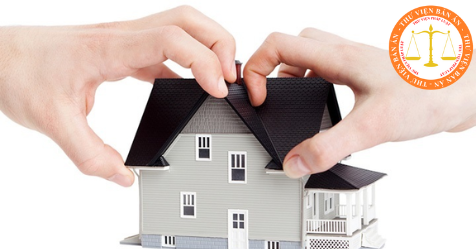 Contributing money to buy land between family members is quite common in Vietnam. Although it is recognized by law and this is a civil agreement, the joint purchase of land is prone to disputes and risks when only one party is named but not clearly agreed upon. At that time, the right to manage and use the common property of the non-named person will be obstructed. Or they are under the same name but the two parties cannot reach an agreement, which leads to a dispute.

Approval of Judgment 182/2019/DS-PT dated March 18, 2019 on the dispute over the division of common property as land use rights of the People's Court of Ho Chi Minh City will clarify the above issue.

In the process of buying land Mr. D and Mr. T have an agreement for Mr. T to represent the purchase and sale and have his name on the land use right certificate. Mr. D determined that he had delivered the amount of VND 165,000,000 to Mr. T in two installments: the first phase delivered 20,000,000 VND; The second phase of communication is 145,000,000 VND. After buying the land, Mr. D asked Mr. Q to pour the land for sweet potatoes and grass to raise cows.

In 2004, when the paperwork was completed, the brothers were still at peace and still agreed to let the defendant's name always be on the LURC for an area of ​​500m2. On May 31, 2004, The People's Committee of District A issued the Land Use Right Certificate No. 283/QSDD/Q4 to Mr. T. During the land use process, in 2008 there was a conflict between the brothers and the incident lasted until the date. On November 5, 2012 and on December 1, 2012, Mr. D and Mr. T made a joint land purchase agreement with 02 witnesses, Mr. P and Ms. V (Head of the 91st residential group, Ward D, District E). However, since that time Mr. D has asked Mr. T to split the plot and pay him 500m2 of the 2,118 m2 purchased together, but Mr. T did not do so. Now Mr. D continues to ask the defendant to be responsible for separating the parcel to pay 500m2, because this is the plaintiff's private property, bought together in an area of ​​2,118m2 with the defendant ".

- Mr. Banh Ngoc D has the right to contact the real estate agent to request a LURC with the name Banh Ngoc D for an area of ​​500m2, separated from the Land Use Right Certificate No. 283/QSDD/Q4 dated May 31 2004 issued by the People's Committee of District A to Mr. Banh Ngoc TU

Firstly, the law recognizes the case of joint ownership of land and houses.

According to the provisions of Clause 2, Article 98 of the 2013 Land Law of Vietnam as follows:

Article 98: Principles of grant of certificates of land use rights and ownership of houses and other land-attached assets

Secondly, although only Mr. T is named on the LURC, that property was purchased jointly by Mr. D and Mr. T, and the agreement in the names of the two people has been agreed, so that land area is still the common property of both. and the registration on the LURC.

Compare with the provisions in Clause 3, Article 5 of Circular No.23/2014/TT-BTNMT of Vietnam

Article 5. Information about land users and owners of land-attached assets is displayed on page 1 of the Certificate

In addition, according to the provisions of article 209 of the Civil Code 2015 as follows:

Therefore, the person who has a share of the property under common ownership has the right to his previous part of the property based on the grounds proving that the contribution forms this property.

The biggest problem when buying shared land is the exploitation of land use rights or when determining land use rights. Because this is a property under joint ownership, when wanting to transfer the land use right or use it for other purposes than agreed upon, the person in need must obtain the consent of other capital contributors.

In order to limit the risk of joint purchase of real estate, the parties must clearly agree in writing. In which, the contents should be clearly stated, including: issues of management, use and disposition of common property; contribution, ownership percentage of each party; write the names of the parties (if there is only one representative, there must be a written agreement on this).