Regulations on legal oral wills and related judgments in Vietnam 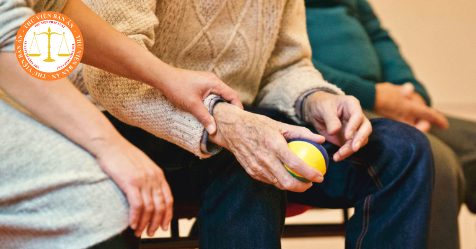 A will is an expression of an individual's will to transfer his or her property to someone else after death. A will must be made in writing, however, in cases where it cannot be made in writing, the law will still recognize an oral will if it meets the conditions prescribed by the law in Vietnam.

1. Conditions for an oral will to take effect

- Where a person is likely to die due to illness or any other reason and it is not possible for him or her to make a written will, such person may make an oral will.

- If the testator is alive and is of sound mind three months after he or she has made an oral will, such will shall automatically become invalid.

An oral will is considered lawful if it meets the conditions specified in Clause 5, Article 630 of the Civil Code, including:

- The testator was of sound mind when he or she made the will; and he or she was not deceived, threatened or coerced into making the will;

- The contents of the will are not contrary to law or social morals and the will complies with legal formalities.

Such will must be notarized or certified within five working days of the date on which the testator orally expressed his or her last wishes.

In addition, the witness needs to meet the conditions prescribed by law, specifically:

"Article 632. Witnesses to making of will

Any person may act as a witness to the making of a will, except the following persons:

1. Persons who are heirs of the testator under the will or at law;

2. Persons with property rights or obligations which relate to the will;

Thus, not everyone can testify to the making of a will. The witness must be a person who has no property rights and obligations related to the content of the will. This provision is intended to ensure objectivity and independence in the event of a dispute. And above all, the witness must be an adult who has full awareness and control over his/her behavior.

2. Some judgments related to oral wills

Ms. Nguyen Thi P and Mr. Nguyen Van D are husband and wife, have 1 common child, Ms. Nguyen Thi L. In 2000, Ms. P and Mr. D carried out divorce procedures. During the divorce settlement, Mrs. P passed away. Before Mrs. P pass away on May 8, 2019 and she made a will, which was notarized on May 11, 2019 at the Notary Public Office T with the content of leaving Ms. L her share of the use rights to the land parcel as common property. Now, Ms. L asks the Court to divide the inheritance according to the will.

Ms. P made an oral will under the witness of Mr. H and Mr. T1, both of whom recorded Ms. P's words in writing, made a written commitment of the witness, and signed and pointed out the witness. of the Notary Public in accordance with the procedures.

Therefore, the Court considers Mrs. P's oral will to be lawful and recognized.

The first-instance court declared: determined that the house and land of Mr. H and Mrs. C were the undivided inheritance, which was divided according to law to the first line of heirs.

Disagreeing with the first-instance judgment, Mr. L appealed to have the entire judgment canceled. Mr. L said that when his parents were still alive on the anniversary of their death, they told everyone that after their grandparents died, they would give all their property to him as the eldest son to worship the ancestors, so he suggested consider their parents' oral will.

According to the provisions of Clause 2, Article 629 of the Civil Code, the appellate court, after 3 months from the time of the oral will, if the testator is still alive and still in good health, the oral will will automatically be annulled. cancel. At the same time, the conditions for the legality of an oral will are specified in Clause 5, Article 630 of the Civil Code. Compared with the above provisions and the statements of the remaining seven children, it is confirmed that before their parents died, there was no oral will to dispose of property, so there are grounds to determine Mr. Tran H and Ms. Nguyen Thi C first. When he died, there was no will to determine the property, so the estate of Mr. Tran H and Mrs. Nguyen Thi C was divided according to the law.

Therefore, not accepting the appeal of Mr. L.