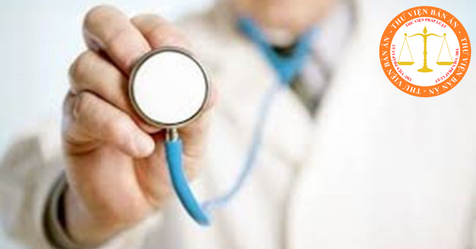 Currently, in criminal cases, it is quite common for defendants to undergo psychiatric evaluation. So what is the reason for the psychiatric assessment to become the "optimal" choice today?

In Vietnam, if the Psychiatric assessment concludes that the person who commits a socially dangerous act while suffering from a mental illness or another disease loses the ability to perceive or control his or her behaviour, he or she may not be held criminally responsible According to Article 21 of the Penal Code, they should try to run away or pretend to be crazy to escape the sentence.

In addition, if it is too difficult to pretend to be crazy or bribe to be concluded as losing cognitive ability, it can also be assessed to conclude that the person with the disease has limited cognitive ability or the ability to control the behavior, that will be considered as a circumstance to mitigate criminal liability as prescribed in Point q, Clause 1, Article 51 of the Criminal Code 2015 (Point n, Clause 1, Article 46 of the Criminal  Code 1999)

Typically in Judgment 25/2017/HSST dated September 8, 2017 on the crime of property theft, according to which:

Defendant Nguyen Van D was prosecuted by the People 's Procuracy of Le Thuy district for the following offenses: At around 4 p.m. on April 9, 2017, Nguyen Van D walked to K town, L district, Quang Ninh province,  when he arrived in front of HM C gold shop in residential group 5, he saw that there was no one in the gold shop whose display cabinet was unlocked, so D went in to open the cabinet to get a 3.9 gold (three point nine) only, 12K yellow gold and an OMEGA brand wristwatch while Ms. Tran Thi H who is the owner of the gold shop discovered him. Next, Ms. H called out to Mr. B (who is her husband) who was upstairs running down to arrest  D and the evidence D has just stolen".

During the investigation, suspecting the defendant was mentally ill, the investigating agency solicited a psychiatric assessment of D. At the conclusion of the forensic psychiatric assessment No. 360/KLGDTC dated June 13, 2017 of the Central Regional Forensic Psychiatry Center concluded: Before the time of the crime, at the time of the crime and now (both are the same), in terms of medicine: Bipolar affective disorder, the period of remission, Legally: Limited cognitive ability and limited ability to control behaviour. After discussion and deliberation, the Trial Panel agreed to apply the extenuating circumstances specified at Points g, h, n, p, Clause 1, Article 46 of the Criminal Code to reduce the penalty.

Many people use mental illness to deal with law enforcement, evading enforcement. In addition, there are also some cases of the opposite, also many patients with mental illness but due to many reasons, there were no assessment results, leading to depriving them of the opportunity to protect their legitimate interests, affecting their obligations and rights in society.

In conclusion, it can be said that the psychiatric assessment will be a good way to end, the optimal choice to protect the legitimate rights and interests of many people.