Prostitution of minors and legal consequences in Vietnam 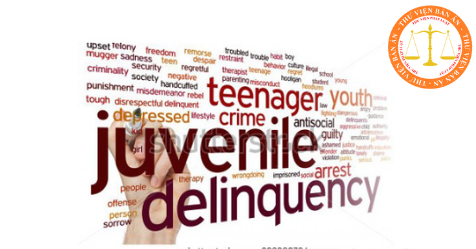 Prostitution is a social problem that exists in many countries including Vietnam. Besides, spending money to have sex with minors is one of the phenomena contrary to the traditional and moral views of the Vietnamese people. This phenomenon has been eroding the nation's morality, customs and traditions, adversely affecting cultural life and public order. Before the above problem, what are the legal consequences of buying sex with a minor?

Evidence for this type of crime is through the Judgment 05/2018/HS-ST dated January 16, 2018 on the crime of spending money to have sex with a minor of the People's Court of Tan Chau district, Tay Ninh province.

"At about 6 pm on August 31, 2017, Nguyen Thanh T went to "Hoang Yen" restaurant in Quarter 4, Tan Chau town, Tan Chau district, Tay Ninh province to drink beer with Phan Thi T and Nguyen Thi. Hoang Y, born on November 17, 2003 is a sales assistant at the shop. While drinking beer, T asked Y to have sex, and Y agreed to buy 1,000,000 VND for one time. After that, Y hired Nguyen Hong H to work as a motorbike taxi driver to drive near the motel "Minh Dat" so that T and Y could carry out the sex trade. T pays for sex in advance for Y 1,000,000, then both performed sex acts for about 10 minutes, after that, Y did not allow T to have sex anymore, so T demanded back the money for prostitution 1,000 000 dong. Y called Mrs. Nguyen Thi L, her biological mother, to ask Nguyen Hong H to come to the motel, so Mrs. L followed to see what was wrong. When they arrived, Mrs. L and Mr. H saw that T was arguing with Y and was about to take the motorbike to leave. Mrs. L asked Mr. H to stop T from taking the car away, then TT took a piece of wood and hit Mr. H's hand, but did not cause injury. Seeing this, Ms. L phoned the Tan Chau town police to make a record to arrest Nguyen Thanh T.

The representative of the People's Procuracy of Tan Chau district challenged the accused on the charge of "procuring sex of minors" and applying Point b, Clause 2, Article 256; Point p, Clause 1, Article 46 of the Criminal Code, to punish defendant Nguyen Thanh T from 3 years to 4 years in prison.

The crime of buying sex with a minor is an act of using money or other material benefits to pay a minor and perform acts of sexual intercourse with them.

Regarding criminal liability, the act of buying sex with a minor can be handled according to the provisions of Article 256 of the 1999 Criminal Code as follows:

a) Committing the offense more than once;

b) Having paid sexual intercourse with children aged between full 13 years and under 16 years;

c) Causing harm to the victims health with an infirmity rate of between 31% and 60%.

3. Committing the offense in one of the following circumstances, the offenders shall be sentenced to between seven and fifteen years of imprisonment:

a) The offense is committed more than once against children aged between full 13 years and under 16 years;

b) The offense is committed even though the offenders know that they have been infected with HIV;

c) Harms are caused to the health of the victim with a infirmity rate of 61% or higher.

4. The offenders shall also be subject to a fine of between five million dong and ten million dong.

The subject of this crime must be an adult (from full 18 years of age or older) and have criminal liability capacity.

Juveniles as prescribed in Article 256 of the Criminal Code are those from full 13 years old to under 16 years old, in which there are two different groups of people: from 16 to 18 years old and from 13 to 16 years old. age.

The following acts express the act of buying sex with a minor:

Using money or other material benefits to entice, persuade or bribe minors to agree to sell sex for them.

- Taking advantage of the physical and mental difficulties of minors to set conditions and demand to buy sex and perform acts of sexual intercourse.

- Negotiating the sale of sex with minors.

The crime of prostitution of a minor is committed with willful error. A person who commits a crime for the purpose of satisfying his or her own desires, although knowing that his/her act is against social ethics and causing serious consequences, still commits the crime.

As one of the most complicated crimes with many negative consequences for society, the crime of prostitution of minors needs to be focused on in the current crime prevention and control work. In addition, the act of buying sex with minors also directly infrings on the mental and reproductive health of minors, carries the risk of spreading HIV/AIDS, and causes negative public opinion in social life. festival.