Penalties for murdering newborns according to Vietnam's Criminal Code 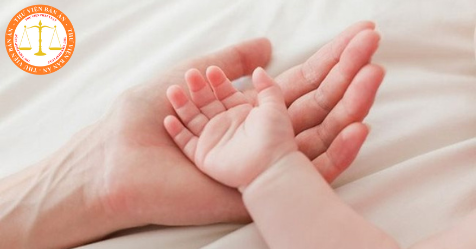 Nowadays, there are many case where young people love and have sex then have unwanted pregnancy but they could not raise them. As a consequences, many newborn children were murdered and abandoned. Therefore, according to Vietnamese law, are the penalties against these action and what are they?

The crime of killing a newborn or aborting a newborn is an act of a mother who, under the obsolete belief or in special objective circumstances, kills or abandon her own child within 07 days of age.

"Article 22. Violations against regulations on child nurturing and rearing

a) Abandoning or failing to take care and nurture a child after birth;

b) Parents or guardians fail to fulfill their nurturing obligations, cut off al of the ties with children, except for cases where children are adopted or forced to isolate children according to regulations. under the law;

c) Father, mother; guardians intentionally abandon children in public places, neglect or force children not to live with their families, abandon children to live on their own, do not pay attention to care, nurture and educate children so that children fall in a special situation.

Forcible performance of the obligation to take care and raise children according to the provisions of law for parents and guardians who commit violations specified in Clause 1 of this Article."

Article 124 of Vietnam's Criminal Code 2015 stipulates the crime as follows:

"1. A mother who kills her own newborn child under the impact of obsolete belief or in a special objective circumstance shall face a penalty of 06 - 36 months' imprisonment.

2. A mother who, under the impact of obsolete belief or in a special and objective circumstance, abandons her own newborn child within the first 07 days shall face a penalty of up to 02 years' community sentence or 03 - 24 months' imprisonment if such abandonment results in the death of the child."

PTMH has no husband and gives birth to a baby boy in a motel room. After the birth, when the baby boy cried, H covered the boy's mouth with her hand and then covered his body with a blanket so that no one could hear the cry. At about 7:00 am on July 7, 2020, seeing that everyone in the room going to work, H let go of her hand and saw that the boy was no longer crying and just lying there motionless. H put the boy next to her and fell asleep because she was so tired. When she woke up, she found out that the boy was already dead so H went to wash clothes and blankets and put the baby's body in a nylon bag then put it in a black backpack, next to the bed. On the morning of July 8, 2020, when everyone in the room went to work, H opened her backpack to take a knife to cut the boy's umbilical cord. Then she left the backpack behind and took the body out of the car to bury at her home. However, when she bring him out of the car to bury, Mrs. NTKL saw her and check her backpack to see the boy's body so she reported it to the police of ward B.

The People's Court of District 7, Ho Chi Minh City, sentenced defendant PTMH to 09 (nine) months in prison for the crime of "killing a newborn child".

Nguyen Thi H, after giving birth to a baby boy, intends to kill the child with the thought that from the time she became pregnant unexpectedly until the birth of the child, Mr. T did not know. If he carried the child back, Mr. T would be considered adulterous. I just gave birth to a baby. So, H took the baby boy to the riverside on the porch in front of Mr. M's house, threw the baby boy into the XR canal, and then walked home. At this time, Mr. Pham Viet T1 was the driver of the boat at Mr. M's house and saw the jacket and towel wrapped around the baby, so they called out, then searched together until about 22:30 to retrieve the dead boy.

The People's Court of An Bien district, Kien Giang province, decided to punish defendant Nguyen Thi H 09 (nine) months in prison for the crime of "Killing a newborn baby".

Pham Thi H and Mr. Vu Thanh T had an illicit relationship, leading to an unwanted pregnancy. After giving birth by herself in the toilet, H carried the newborn baby in a state of no clothes, going from the toilet along the way to the pond behind the house to leave the child in the water spinach field about 2 meters away from the family chicken coop, adjacent to the riverbank. She thought that when people went fishing at night or worked in the fields early in the morning, they would bring child back to raise if they saw the child. At around 11 am on July 26, 2020, Mr. Nguyen Duc C (H's father-in-law) discovered a newborn baby girl in a state of no clothes, her whole body covered in dirt and crying at the vegetable field by edge of the river. Mr. C and his wife took the baby to the D Commune Health Station, then transferred to the Children's Hospital of Thai Binh Province for emergency treatment. At 0:35 on August 14, 2020, the baby died at the Children's Hospital of Thai Binh province.

Pham Thi H was sentenced to 9 months in prison for the crime of "abandoning a newborn baby".