Is the land use right transfer contract not eligible to be recognized in Vietnam? 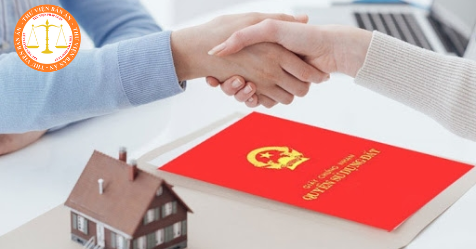 Currently, the demand for land transfer is going strong. When buying land, in addition to the selling price, the buyer is also interested in whether the seller has papers or not. So if the land does not have a Certificate of land use rights, can the transfer contract be performed or will it be invalidated?

Specifically, in the appellate civil judgment No. 218/2020/DS-PT dated August 25, 2020 on the dispute over the land use right transfer contract, the request for cancellation of the land use right certificate and the lawsuit for property rights. product has the following content:

“On March 9, 1997, Mr. D and Mrs. H bought land from Mr. B and Mrs. M with an area of ​​2,000m2, plot number 69, map sheet 41, located in hamlet D, commune T for 2,400,000 VND, both parties made handwritten papers, after receiving the land, he paid all the money to Mrs. M and Mr. B and used the land stably, built houses and planted trees on the land since 1998. Mrs. M and Mr. B's land is in the process of granting a land use right certificate, so it has not been transferred to his wife's name and promised that when there is a certificate of land use right, they will carry out the procedures for transferring land use rights according to regulations

After that, he repeatedly asked Mrs. M and Mr. B to change her name, but it took longer. In 2017, he just discovered that the land he was living on had been transferred to Ms. Pham Ngoc D, so he filed a lawsuit asking the Court to recognize the contract of transferring land use rights between him and Mr. B, Ms. M on 9/3/1997; request the Court to cancel the land use right transfer contract between Mr. B and Ms. M."

The People's Court of Binh Duong province has decided: To recognize the land use right transfer contract between Mr. D, Ms. H and Mr. B, Ms. M, established on March 9, 1997.

In this situation, after handing over money and receiving land, Mr. D planted perennial trees and built a permanent house; Mr. B and Mrs. M knew but did not comment, did not prevent, did not notify the local government, Mr. D's house construction was not sanctioned by the local government for administrative violations in the field of land management. Therefore, the parties have tacitly agreed to the sale and purchase agreement and there are no conflicts or disputes related to this transfer contract. Although the above contract violates the conditions for the transfer of land use rights, at Point b3 Subsection 2.3 Section 2 of Resolution No. 02/2004/NQ-HDTP dated August 10, 2004 of the Council of Judges of the People's Court The Supreme has the following provisions:

“For a land use right transfer contract that violates the conditions guided at Points a.4 and Point a.6, subsection 2.3, Section 2, if, after performing the transfer contract, the transferee has planted perennial trees, built a permanent house... and the transferor neither objected nor was administratively handled by a competent state agency according to the State's regulations on the handling of administrative violations in the field of land, the Court recognizes the contract. If the transferee only builds a house on a part of the land, the Court shall recognize the part of the contract on the transfer of the right to use the land with houses and cancel the contract for the remaining land area, forcing the transferee to hand over the land. return the land to the assignor, unless the return does not guarantee the use purpose for both parties to the contract,