Is it possible to divide the inheritance when the land does not have a red book in Vietnam? 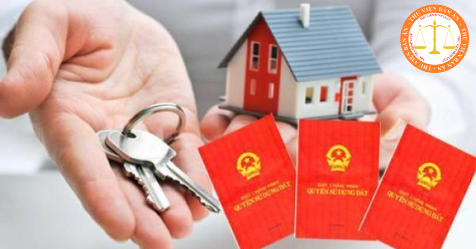 Land use right is one of the heritages of great value. In fact, many land users have long been without a land use right certificate (red book). This makes it difficult for the Court to determine the origin of land when settling disputes over inheritance division in Vietnam.

Judgment 23/2017/DSPT dated September 25, 2017 on an inheritance dispute has the following contents:

The People's Court of Hung Yen province has accepted the plaintiff's request to initiate a lawsuit to divide the inheritance.

According to the principle that when having a certificate of land use right (red book), the new land user has all the rights and obligations of the land user, including the right to leave an inheritance. Without a red book, the exercise of rights will be difficult, but it does not mean that the land use right will be revoked.

According to the provisions of the Land Law 2013, in case a land user dies leaving an estate as an estate without having been granted a Certificate but inherits, the inheritance shall still be determined but must be based on the following documents: factors such as what kind of papers does the land user have, is there a stable use of the land, is there a dispute, etc. to determine if the land belongs to the inheritance?

Article 188. Conditions for the exercise of the rights to exchange, transfer, lease, sublease, inherit, donate or mortgage land use rights; to contribute land use rights as capital

b/ The land is dispute-free;

c/ The land use rights are not distrained to secure judgment enforcement;

d/ Within the land use term.

“1.3. In case the deceased leaves behind the land use right but that land does not have one of the papers guided in subsection 1.1 and subsection 1.2 of this Section 1 but has a house as an estate; other architectural objects (such as kitchens, bathrooms, toilets, water wells, garages, churches...fruit trees, industrial plants or other perennial plants) associated with the right to use If that land requires inheritance, it is necessary to distinguish the following cases:

a) In case the involved parties have a document from the People's Committee of the competent level certifying that the land use is lawful, but the land use right certificate has not yet been issued, the court shall settle the request for division of the estate is the property attached to the land use right and the right to use that land”.

The land left by the deceased but has not yet been granted a Certificate of Use Right if there are other papers proving the origin of the land or the competent People's Committee has a document certifying that the land use is lawful. If the land is used stably and for a long time without any dispute, the Court will still determine this as an inheritance and proceed to divide the inheritance according to the order and provisions of law.

With the above provisions, it shows that the law is looking at the reality of land use rights. Issuing a book is a formal operation to create a premise for the state to manage and facilitate the exercise of land users' rights.