Infringement of intellectual property rights and 05 related judgments in Vietnam 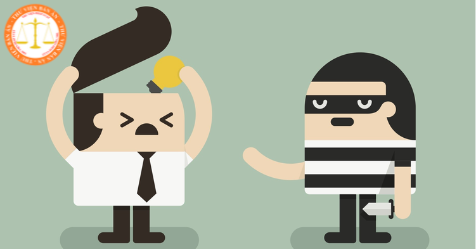 What are intellectual property rights?

Objects of State-protected intellectual property include:

“The examined subject matter is a protected one.

According to that, when determining whether an act is an infringement of intellectual property rights, it is necessary to base on the following four factors:

- The examined subject is within the scope of subjects being protected by intellectual property rights. In which, the subject to be considered is a suspected object and is examined to come to a conclusion whether it is an infringing object or not.

- There is an infringing element in the considered object.

- The subject performing the act considered does not meet the conditions prescribed by law, they are not the owner of the intellectual property right, nor the person authorized by the law or the competent authority license under the Intellectual Property Law.

- The act under consideration occurred in Vietnam.

Below are some judgments on disputes over disputes related to intellectual property rights.

- Quote from the content: “Company K and Company T signed a License Agreement and trademark royalties on October 1, 2011. The contents of the contract agreement on the following issues: Company T is entitled to use the A Resort brand for a period of 20 years. Company T is responsible for paying Company K a royalty fee equivalent to 1% of the hotel's room sales for each month. Contract implementation process: Company K has completed the transfer of the right to use the A Resort brand to Company T. During the time of transferring the above-mentioned trademark rights, Company K and Company T also signed together with many contracts to coordinate the operation of A Resort, specifically: Management contract signed on September 1, 2011, Appendix of management contract on January 1, 2013; Consulting contract No. 017/HDTV dated April 1, 2019, and many documents on the extension of the Management Contract. Company T exploited and put into use the above brand A, but failed to fulfill its payment obligations to Company K.”

- Quote from the content: “Since 2001, Mr. L started working at the Company as an illustrator. At that time, the director of PT Company asked him to draw a folk story to adapt the legends and characters of the past. He built about 30 characters and selected 4 character images, namely O, P, Q, and R to compose the E comic series. He performed the work from forming creative ideas to drawing character images. and the expected number of volumes to be published in the year. Company PT and colleagues only support purchasing materials, filtering, color processing, and contributing ideas to shorten the time and improve the series. When the story was released, on all the covers of the collection, the author was recorded as Le L (his pseudonym). On March 29, 2002, at the request of Mrs. H1, Mr signed an application for PT Company to register the ownership rights to 4 characters O, P, Q, R. After that, PT Company was granted a certificate by the Copyright Office to be the copyright owner of the four characters above. He continued to write story E until volume 78, then stopped and quit his job at PT Company. Sometime later, he discovered that PT Company had created many different variations of the four characters O, P, Q, R on the E series from volume 79 up to now and other publications such as: E Science, E Fine Arts without your permission.”

- Quoting the content: "MSD Company was granted Patent No. 7037 by the National Office of Intellectual Property on May 5, 2008, valid until June 18, 2004 and the Patent No. 5684 on June 2// 2006, effective until July 5, 2022. During the proceedings, MSD based on the assessment conclusion number SC008-14YC/KLG dated October 22, 2014 of the Institute of Intellectual Property Science believed that the Representative Company had infringed the above-mentioned patents. However, DVP Company disagrees and believes that the active ingredient used in the pharmaceutical (drug) Zlatko is not within the scope of protection of MSD.”

- Quoting the content: "H Joint Stock Company filed a lawsuit and presented evidence to prove that Company M had used the trademark "F" in the group of tourism products and services that H Joint Stock Company had registered the right to. industrial property and protected by law, as follows:

H Joint Stock Company believes that when detecting the above violations, it has repeatedly sent an official letter requesting an end to the infringement of industrial property rights with respect to trademark "F", but M Company Limited has not responded and did not respond. terminate the violation.

5. Judgment on dispute over intellectual property rights as copyright for fine artworks No. 213/2014/DS-ST

- Quote from the content: "Mr. L is the author of the work "Forms of expressing folk Tet paintings" Type: Applied fine arts, the work has been granted copyright registration certificate by the Copyright Office No. 169 /2013/QTG dated 07/01/2013, accompanied by copyrighted images, the content of the work is a collection of images of characters of folk origin (images of masters, lion dances). , Mr. Dia...) was rearranged to show the atmosphere of the Tet holiday in Vietnam. Folk Tet paintings have been shown by many other authors, but with the desire to have his own way of expression, he has gathered images derived from folk and expressed new in his own style for people to enjoy more vivid creatures. On that basis, he formed 05 clusters of drawings to combine in 01 work with the theme: "Form of expressing folk Tet paintings" this phrase he also used to name the work. On the occasion of New Year's Eve (2013), he discovered that at the location "Cong Hoa Honda Car Showroom" belonging to the branch of Sunrise Automobile Import-Export & Service Joint Stock Company, his work was used for Tet decoration without his consent."