Husband/wife transfers common land by themselves, is the contract recognized in Vienam? 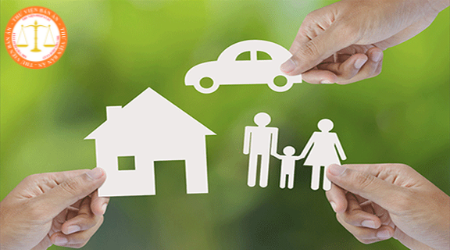 The common property of a couple is used to build, maintain and develop a common life. However, there are some cases where the wife or husband voluntarily signs up to perform the transfer of common land use rights. So is this transaction valid?

What is the common property of husband and wife?

Article 33 of the Law on Marriage and Family 2014 of Vietnam stipulates: "Common property of husband and wife includes property created by a spouse, incomes generated from labor, production and business activities, yields and profits arising from separate property and other lawful incomes in the marriage period; except the case prescribed in Clause 1, Article 40 of this Law; property jointly inherited by or given to both, and other property agreed upon by husband and wife as common property."

Thus, the right to use land acquired by the spouses after marriage is the common property of the husband and wife, unless otherwise agreed upon.

The right to dispose of common property of husband and wife

- The possession, use and disposition of common property shall be agreed by husband and wife.

-The disposition of the following common property shall be agreed in writing by husband and wife:

+ Movable assets which are required by law to be registered for ownership;

+ Assets which are the major income-generating source for the family.

In case a husband or wife establishes and performs transactions related to the common property to meet the essential needs of the family, the consent of the other party is considered unless a written agreement is required above. If the wife or husband disposes of the common property without a written agreement, the other party has the right to request the Court to declare the transaction invalid and deal with the legal consequences of the invalid transaction.

However, in some cases, the Court still accepts the contract with the third party as valid. Specifically, in the Judgment on the dispute about land use rights No. 22/2021/DS-PT adjudicated by the People's Court of Quang Binh province, there are the following contents:

“In 1986, Mr. E was granted a parcel of land by the People's Committee of town B. After that, the couple built a house foundation on the land but did not get a certificate of land use right because they did not meet the conditions. In 1990, Mr. E wrote a paper to transfer the land and house foundation to Mr. H for 1 million VND, the contract was not notarized or authenticated. Ms. H (Mr. E's wife) believes that Mr. E arbitrarily disposes of the common property of husband and wife, she does not know Mr. E sells the land, so she asks not to recognize the transfer transaction of Mr. E and Mr. H."

The court commented as follows: “When buying and selling, Mr. and Mrs. Y came to the house to hand over money to Mrs. H. The matter of buying and selling land between the two brothers in the family knew. Although the land purchase agreement does not have the signature of Ms. H, it cannot be said that Ms. H does not know because in 2019, Ms. H and E rewrote a paper asking Mr. H and Ms. Y to withdraw the complaint. in the ward for Mr. E and Mrs. H to do land papers. After completing the paperwork, 10% of the land value will be supported. Therefore, the fact that Ms. H said that Ms. H did not know Mr. E sold the land was groundless." The court recognized the land transfer between Mr. E and Mr. H.

In another case, the judgment on the dispute over the land use right transfer contract No. 60/2019/DS-PT adjudicated by the People's Court of Binh Thuan province has the following content:

Mr. Mang P's side said that the area of ​​7,488m2 of land in plot No. 12, map sheet No. 30, located in M ​​quarter, MN ward, PT city, is the common property of Mr. and Mrs. In 1989, Ms. T arbitrarily transferred the above-mentioned land area to Mr. C, Mr. P and his children without knowing. It wasn't until 2000, that Mr. P knew and complaints and disputes occurred. The plaintiff filed a lawsuit to request the cancellation of the land use right transfer transaction between Ms. T and Mr. C.

Mr. and Mrs. M said that: In 1989, Mr. and Mrs. exploited an additional 4,488m2 of land into the current 7,488m2 of land. When the two sides transferred land, Mr. P knew because Mr. P was the one who gave Mr. C the Certificate of Ownership issued by the old regime. The two parties have made a handwritten document called a "land return paper" to record the transaction. Ms. T signed the paper and Mr. L was Mr. P's son. Ms. T wrote and signed this paper on behalf of Mr. P. Ms. T also admitted that the money from the sale of land she had used for family expenses. Therefore, you do not agree with the petition of Mr. P.”

The court said: Immediately after receiving the transfer in 1989, Mr. C cut down all the coconut trees on the land, and in 1990 Mr. C's family built a permanent house and built an anchovy oven on this land for business. . Meanwhile, the distance from this land to Mr. P's house is not far. Therefore, Mr. P's testimony that he did not know that Ms. T transferred the land to Mr. C was groundless to accept.

The Court of Justice of Vietnam has applied precedent 04/2016/AL to recognize the transfer of use rights between Ms. T and Mr. C: "In case the real estate is the common property of husband and wife, only one person signs the contract. contract to transfer that house and land to another person, the other person does not sign in the contract; if there are sufficient grounds to determine that the transferor has received the full amount of money as agreed, the person who did not sign the contract knows and jointly uses the money from the house and land transfer; the transferee has received and managed and used such land and land publicly; If the person who does not sign the contract knows that but has no objection, it must be determined that he or she agrees to the transfer of the house and land.”

Of course, when the transfer contract is not invalidated, one of the spouses whose interests are affected can claim the other party to compensate for the damage in accordance with the law.

It can be seen that not when the wife or husband arbitrarily disposes of the common property, the transaction with the third party is also invalidated. The court will recognize the transfer transaction based on whether the person who did not sign the contract knows and jointly uses the money for real estate transfer; whether the transferee of the land use right is an honest person and is protected in accordance with the law.