How to identify usury and legal analysis in Vietnam? 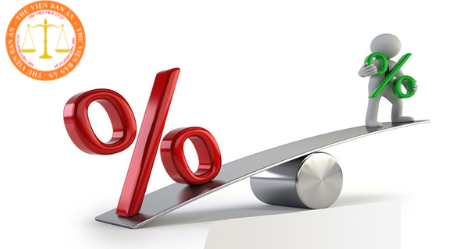 Currently, the form of loan sharking is becoming more and more popular, which has left unpredictable consequences. Hiding under many different forms such as handing out leaflets, pawnshops, unsecured loans... The act of usury is a dangerous behaviour for society and is the cause of many types of crimes. Other crimes such as: intentionally causing injury, appropriating property, etc.

The crime of lending heavy interest in civil transactions of the 2015 Criminal Code of Vietnam is classified in the group of crimes of infringing upon the economic management order, specifically the order in the field of monetary business. Offenders use the money to do illegal business.

Evidence for the above crime is through Judgment 233/2018/HS-ST dated September 19, 2018 on the crime of lending heavy interest in civil transactions, specifically:

Around September 2017, Ngo Doan Th went to collect the loan, monthly T paid Th's salary 4,000,000 VND and took care of accommodation. The form of T loan is: The person who needs to borrow money will directly meet T or make a phone call to agree on the loan amount, provide an identity card, and household registration book. T is the one who decides the lending and determines the lending interest rate on a case-by-case basis. The borrower agrees to meet with T to hand over the money or T to give it to Th to deliver and ask the borrower to write a receipt according to a pre-prepared form. The receipt only shows the borrower's full name, address, loan amount, loan time and signature, not showing the loan interest rate in the receipt.

In Article 468 of the 2015 Civil Code, there are provisions on loan interest rates as follows:

1. The rate of interest for a loan shall be as agreed by the parties.

The rate of interest for a loan agreed by the parties may not exceed 20% per year, unless otherwise prescribed by law. According to actual conditions and at the proposal of the Government, the Standing Committee of National Assembly shall adjust the above interest and send report to the National Assembly at the latest session.

Thus, the interest rate is agreed upon by the parties and must not exceed 20%/year of the loan amount. The average maximum loan interest rate per month will be: 20% : 12 months = 1,666%/month.

Depending on the case, the act of usury may be administratively sanctioned: Point d, Clause 3, Article 11 of Decree No. 167/2013/ND-CP on administrative sanctions in the field of security and order For the whole society, a fine of between VND 5,000,000 and 15,000,000 may be imposed on the act of loan sharking. basic interest rate announced by the State Bank of Vietnam at the time of lending”. The basic interest rate set by the State Bank of Vietnam is 9%/year announced under Decision 2868/QD-NHNN dated November 29, 2010.

Regarding the crime of lending heavy interest, Article 201 of the 2015 Criminal Code is as follows:

1. Any person who offers loans at an interest rate that is five times higher than the maximum interest rate specified in the Civil Code and earns an illegal profit of from VND 30,000,000 to under VND 100,000,000 or recommits this offence despite the fact that he/she has incurred an administrative penalty or has an unspent conviction for the same offence shall be liable to a fine of from VND 50,000,000 to VND 200,000,000 or face a penalty of up to 03 years' community sentence.

According to the provisions of the above Law, usury will be prosecuted for criminal liability when satisfying the following two signs:

+ First: according to the above provisions, people lend to other people a high-interest rate with an interest rate of 5 times or more the highest interest rate specified in the Civil Code. In particular, Clause 1, Article 468 of the 2015 Civil Code stipulates that the parties have an agreement on the agreed-upon interest rate not to exceed 20%/year of the loan.

+ Second: In addition to the interest rate condition, the above offence must also satisfy one of the following conditions: Firstly, to gain illicit profits from VND 30 million to under VND 100 million; secondly, has been administratively sanctioned for this act but within twelve months; thirdly, has been convicted of this crime, has not yet been expunged, but still commits it.

In case the borrower fails to repay the debt and the lender sues, the law only protects the interests of the lender within the interest rate allowed by the law. The excess of interest will not be protected by law.

It can be seen that the act of lending at high-interest rates is a dangerous and potentially dangerous crime that affects social order and safety. Therefore, the authorities need to take strict measures against this type of crime.