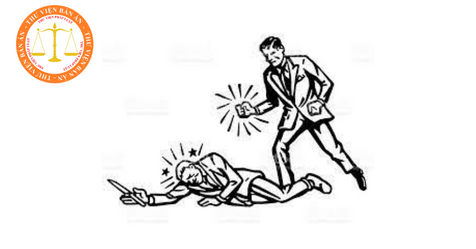 We often hear many cases of being hit or threatened by others, so they fight back and cause death. However, when fighting back causes death, which cases are considered "Involuntary manslaughter because of the use of unjustified force in self-defence or while capturing a criminal" and which cases will be prosecuted for "murder"?

1. Justifiable force in self-defense means the a person's use of force which is reasonably necessary to defend against another person's infringement upon his/her legitimate rights or interests of himself/herself, other people, the State, organizations.

The use of justifiable force does not constitute a criminal offence.

2. Unjustified force in self-defense means the use of force which is more than reasonably necessary and not appropriate for the nature and danger to society posed by the infringement.

The person who uses unjustified force in self-defense shall take criminal responsibility as prescribed by this document.

Article 126. Involuntary manslaughter because of the use of unjustified force in self-defense or while capturing a criminal

1. An involuntary manslaughter because of the use of unjustified force in self-defense or while capturing a criminal carries a penalty of up to 02 years' community sentence or 03 - 24 months' imprisonment.

2. The involuntary manslaughter of 02 or more people in this case carries a penalty of 02 - 05 years' imprisonment

Therefore, when it is deemed that the level of resistance is appropriate, it can be considered as a legitimate defense, fighting back more than necessary is considered to be beyond the limit of legitimate defense. If someone else hits him first, he will fight back to cause death, but he is still not considered in the above two cases and is still charged with murder as usual.

For example, in the following two judgments:

Around 23:30 on November 3, 2016, while playing the game, Q repeatedly asked to borrow money from C, but C said he had no money; After that, Q went to where C was playing a game and punched him in the face (left cheek) with his right hand. Because of being beaten, C angrily took a Thai knife available on the table between 02 computers No. 22 and No. 22. 23 and then holding a knife with his right hand stood up on the chair he was sitting on, while Q rushed over and was hit in the face with a knife by C. Therefore, Q rushes to pull C down with both hands, and clamps C's neck with both hands in a position where C's head is behind Q's back, while C's hands, body and legs are in front of him. Due to C was restrained by Q, he used his left hand to grasp Q's right hip and C's right hand held a Thai knife and stabbed Q in the chest, on November 4, 2016, Mr. Q died.

Judgment 35/2018/HSPT dated January 22, 2018 for Involuntary manslaughter because of the use of unjustified force in self-defense or while capturing a criminal, specifically:

H1 went to H2's house as his ex-wife to ask some questions, met Mr. M there, so he cursed Mr. M. Because of that, Mr. M held a milling knife with both handle and blade about 30-35 cm long, wooden handle, metal blade about 3-4 cm wide, the sharp tip rushed out to cut H1, H1 dodged and hit the left ear, while M continued to slash the second time, H1 caught Mr. M's hand and then the two sides hugged each other and fell to the ground. During the struggle, H1 took M's knife and then both stood up to face each other about 01 meter, at this time M took out a nunchaku to hit H1, so H1's right hand held a knife (which was taken from M) and stabbed it from Mr. M's left shoulder once, then H1 ran away. Later, Mr.M died on the way to the hospital…

The High People's Court sentenced defendant Nguyen Minh H1 to 02  (two)  years in prison for the crime of  "Murder due to exceeding the limit of legitimate defense".

In conclusion, if we can be beaten by someone for no reason or for some purpose, we must also be alert to have a suitable countermeasure if we do not want to be entangled in the labour cycle.