Has made a contract to donate land but has not yet transferred the name, can it be canceled in Vietnam? 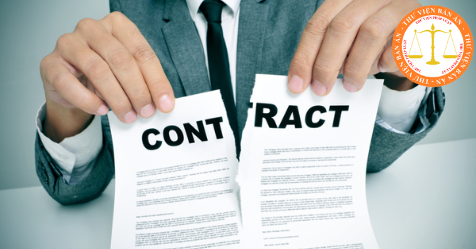 Gifting property is one of the most commonly used contracts in today's life. However, for some objective reason, the donor does not want to continue performing as agreed. In particular, when this property has been entered into a contract, is it possible to cancel the donation contract?

Here is a typical case when the donor does not want to continue to donate the property. Specifically: In the judgment 144/2017/DS-PT dated August 17, 2017 of the People's Court of Binh Duong province, the public appellate hearing of the dispute over the contract for donation of land use rights between plaintiff Ms. Thi D and defendant Ms. Tran Thi Y.

The trial panel did not accept Ms. Pham Thi D's petition against Ms. Tran Thi Y about the dispute over the contract for the donation of land use rights on the grounds that the contract had not been notarized or authenticated. Declaration of "agreement paper" for land use right on June 14, 2010 is invalid.

First, the donor party fails to perform its obligations if the contract for donation of land use rights is a conditional donation contract.

In case, the contract for donation of the land plot is conditional, the donor has the right to reclaim the property when the donor fails to perform the assigned obligations under the donation contract. Specifically, Article 462 of the 2015 Civil Code provides:

1. A giver may require a recipient to perform one or several civil obligations prior to or after the giving of a gift. The conditions for giving a gift must not contravene the law or social morals.

2. Where a recipient performs an obligation required to be performed as a condition to the giving of a gift and the giver fails to deliver the gift, the giver must pay for the obligation already performed by the recipient.

3. Where a recipient fails to perform an obligation required to be performed after the giving of a gift, the giver may reclaim the gift and demand compensation for damage.

Second, the request to declare the donation contract void

Compared with the legal provisions from Article 123 to Article 129 of the Civil Code 2015, a contract for donation of land use rights may be invalidated in the following cases: Invalid due to violation of a prohibition of law, contrary to societal morality; invalidity due to forgery; invalidity established and performed by a minor, a person who has lost his/her civil act capacity, or a person with limited civil act capacity; void due to confusion, deception, threat; invalid because the founder is not aware of and controls his/her acts; invalid due to violation of regulations on the form.

The donor may base on the content of the contract of donation of land use rights to consider the possibility of invalidity as mentioned above, thereby requesting the court to force the grantee to the donation must return the land use right.

When a donation contract is declared invalid, it will not give rise to, change or terminate the civil rights and obligations of the parties from the time of its establishment. The parties will have to restore the original condition, returning to each other what was received.