Grounds for the court to settle divorce in Vietnam 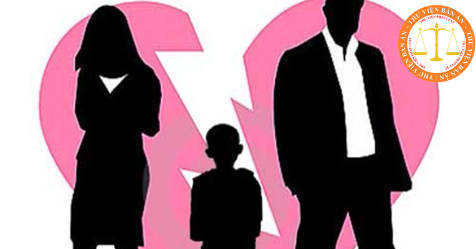 Divorce is something no one wants, but sometimes it is the best solution for both to find new happiness. So to make a decision whether to divorce or not, what will the Court base on to think that the marriage is no longer able to heal or is just a small conflict of the family to encourage reunification?

Judgment 34/2018/HNGĐ-ST dated 10/07/2018 on marriage and family disputes will illustrate the above content. Specifically:

“She and Mr. Nguyen Van Q got married on May 24, 2010 at the People's Committee of Commune B, District C, before getting married, the couple learned and voluntarily got married. After marriage, the husband and wife live happily. After that, the couple had small and serious conflicts from October 2017 to the present. The reason for the conflict is that the husband and wife have many disagreements in life and in business. Mr. Q does not care about his wife and children and has relations with other women. Currently, the couple has been separated since October 2017 until now. Mr. Q works in Bac Giang at an address she does not know, Mr. Q only comes home at night to live with his parents in Xuan Huong. Now, I have determined that my feelings are no longer there, and She asks for a divorce from Mr. Q."

Courts rely on testimonies and evidence collected to consider issues including: “marital status, common children, alimony, common property and joint debt” as the basis for making the judgment.

For a consensual divorce, most are accepted by the court because although the divorce court is filed, the two parties still have cooperation and consensus in resolving the divorce. The two parties will try to resolve issues such as common children, alimony, common property and common debt as quickly as possible to free each other. Because the consent to the divorce is also the expression of the common will of the two parties who want a divorce, the Court will recognize the consent of the divorce according to the provisions of Article 55 of the Law on Marriage and Family 2014 ò Vietnam

When both spouses request a divorce, a court shall recognize the divorce by mutual consent if seeing that the two are really willing to divorce and have agreed upon the property division, looking after, raising, care for and education of their children on the basis of ensuring the legitimate interests of the wife and children. If the spouses fail to reach agreement or have reached an agreement which -fails to ensure the legitimate interests of the wife and children, the court shall settle the divorce.

But for a divorce at the request of one party, also known as a unilateral divorce, the matter will be more difficult to resolve because there may be non-cooperation, hesitation, conflicting statements of the two parties. The fact that a person sues for a divorce can be caused by many small or big issues, but a legal marriage is a marriage that is recognized and protected by law, so it is not possible to get a divorce because of small issues. Therefore, in a divorce at the request of one party, the court must clearly define before making a decision: This marriage has fallen into a serious state, cohabitation cannot last, the purpose of marriage is not achieved or not?

This is the basis prescribed in Article 56 of the Law on Marriage and Family:

Article 56. Divorce at the request of one spouse

1. When a spouse requests a divorce and the conciliation at a court fails, the court shall permit the divorce if it has grounds to believe that a spouse commits domestic violence or seriously infringes upon the rights and obligations of the husband or wife, which seriously deteriorates the marriage and makes their common life no longer impossible and the marriage purposes unachievable.

2. When the spouse of a person who is declared missing by a court requests a divorce, the court shall permit the divorce.

3. For request for a divorce under Clause 2, Article 51 of this Law, a court shall permit the divorce if it has grounds to believe that the domestic violence committed by one spouse seriously harms the life, health or spirit of the other.

Therefore, the Court will decide to divorce when "the marriage is in a serious situation, the common life cannot be prolonged, the purpose of the marriage is not achieved" which is caused by acts of domestic violence. or seriously violate the rights and obligations of husband and wife.

The Law on Marriage and Family 2014 of Vietnam still has no guidance on what is "marriage in serious condition, cohabitation cannot last, the purpose of marriage is not achieved".

Resolution 02/2000/NQ-HDTP specified in Clause a, Article 8 as follows:

a. According to the provisions of Clause 1, Article 89, the Court shall decide to divorce if it considers that the situation is serious, the cohabitation cannot be prolonged, and the purpose of the marriage cannot be achieved.

a.1. Considered a serious marital condition when:

- Husbands and wives do not love, respect, care for and help each other like someone who only knows his or her duties, leaving the wife or husband to live how they want to live, have been reminded and reconciled many times by their relatives or agencies or organizations.

- Spouses always have abusive behavior, torture each other, such as frequent beatings, or other acts that offend each other's honor, dignity and reputation, which have been reported by their relatives or the institution. agencies, organizations, and mass organizations reminded and reconciled many times.

a.3. The purpose of unattainable marriage is that there is no conjugal relationship; unequal obligations and rights between husband and wife; not respect the honor, dignity and prestige of the spouse; not respecting the freedom of belief and religion of husband and wife; do not help, create conditions for each other to develop in all aspects.

In the above judgment and most of the judgments on marriage and family, husband and wife when there is a conflict often separate. The separation shows that the two parties are violating Section 1, Point a.1 Clause a Article 8 of Resolution 02/2000/NQ-HDTP. Because of separation, it will be difficult or impossible for both parties to care about each other, treating each other as strangers. It is considered a marriage that does not achieve the purpose of building a family.

Therefore, the Court can rely on the law, legal documents, and experience to make the correct decision, freeing the parties from an irrevocable marriage or not accepting divorce. to encourage reunion.