Does the third person who is jealously beaten by his wife get honorary compensation in Vietnam? 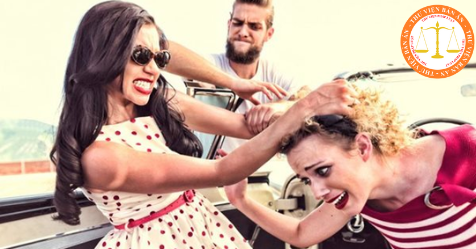 Nowadays, the infidelity of couples is increasing day by day. The reason may be that the husband has a peachy nature, has a wife and still flirts with other women or there are many cases where the woman knows the man has a wife and children but still deliberately flirts, seduces...

When the wife suspects or arrests him at the battle, the wife often loses her temper and hits jealously at the person who is considered her husband's mistress. Many cases have been sued by mistresses (third parties) to claim damages for honour. So in this case, does the wife have to pay honour to the third person?

Typically in the Judgment 06/2019/DS-PT dated February 15, 2019 on the dispute over compensation for damage caused by infringing health, honor, dignity and reputation, according to which:

“On February 12, 2017, Ms. D learned that her husband, Mr. Dang Van N and Ms. Phan Thi H, invited each other to go out, so she stood near Ms. H's house to catch her, but because it was dark, Ms. D called for 02 more. The sisters accompanying her were Le Hong D1 and Le Thi Kieu D2, waiting until 22 o'clock on the same day, Ms. D saw Mr. N driving Ms. H back, and Ms. D immediately went out to stop Mr. N's motorbike, Ms. D saw Ms. H wearing Mr. N's jacket, so Ms. D struggled with Ms. H to pull her jacket off and pulled down Ms. H's pants, but when she pulled it a little, Ms. H pulled it up, while struggling, Ms. D used scissors to cut her hair. H.

Ms. D only agrees to pay for valid prescription drugs, but for working days and honor and dignity, Ms. D does not agree to compensate.

The court decided: Ms. H knew very well that Mr. N was married but still let Mr. N's husband D-drive out late at night and still wore Mr. N's coat, ignoring Ms. D's feelings, so it's partly Ms. H's fault. Ms. Le Thi My D admitted that when Ms. H was wearing Mr. N's jacket, Ms. D took off Ms. H's jacket with her hand and unzipped Ms. H's pants; Although Ms. D only pulled the pants down a bit, Ms. H pulled them up, causing no serious consequences, but Ms. D's behaviour was against the law, causing mental damage to Ms. H. Therefore, Ms. Le Thi My D has to compensate Ms. H with one month's base salary as prescribed by the State: 01 x 1,390,000 VND = 1,390,000 VND.”

Therefore, in this case, the Court determined that this case was partly the fault of the victim when Ms. D caught the scene of Ms. H wearing Mr. N's shirt and the jealousy was not serious, so the Court declared the compensation for Mr. loss of honor, morale is only 1 month's base salary.

Nguyen Thi L1 suspected that her husband, Dinh Viet Dong, had an illicit relationship with Ms. Cao Thi Ng, so L1 prepared 1 pair of scissors, 3 pairs of gloves, 1 handful of leaves and invited 4 other subjects to fight with jealousy.

When they got to Ms. Ng's house, all five of the above people rushed to pull her hair, cursed at Ms. Ng, pulled and pushed Ms. Ng to the village road. Ms. L1 continued to use scissors to cut her hair, took off Ms. Ng's pants, and used a handful of prepared pruritic leaves to rub several times on Ms. Ng's genitals, causing Ms. Ng pain and calling for help.

The court declared: Ms. L and the 4 above subjects must jointly compensate for medical expenses, caregiver wages, and loss of income, but also must compensate Ms. Ng for mental loss. because prestige, honor and dignity are violated is 10 months' basic salary equivalent to 13,900,000 VND.

According to the provisions of the Civil Code 2015 of Vietnam :

Article 592. Damage caused by harm to honor, dignity or reputation

1. Damage caused by harm to the honor, dignity or reputation shall comprise:

a) Reasonable costs for mitigating and remedying the damage;

b) Loss of or reduction in actual income;

c) Other damage as prescribed by law.

Therefore, according to the provisions of the law of Vietnam, when there is an act of infringing upon the honor, dignity and prestige of another person, compensation must be paid (no exception for the jealousy of a third person). The level of compensation for damage to honor, dignity and reputation that is infringed shall not exceed ten times the base salary. But the Court will often base on the level of fault and the degree of violation of the honor and dignity of the person being jealous to give specific compensation.