Does an adulterous spouse have child custody restrictions in Vietnam? 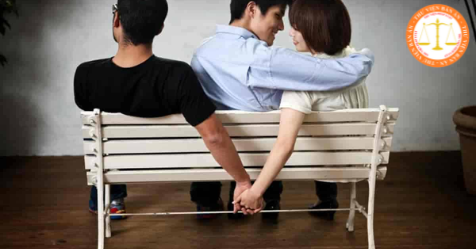 The more modern society is, the more common adultery is. Therefore, when a spouse has an affair, will it affect the right to raise children and how will it affect? Everyone learns through the following judgment.

Typically, the Judgment 15/2018/HNGĐ-PT dated May 4, 2018 on divorce and child-rearing disputes have the following summary:

“Ms. M and Mr. D got married voluntarily and registered their marriage on May 14, 2015. In the process of living together, Ms. M believes that the husband and wife disagree, often argue, Mr. D has the act of hitting Ms. M. Mr. D thinks that the cause of the conflict is because Ms. M has an affair with another man, The matter was discovered, so Ms. M ran away from home on October 8, 2017. Now they agree to divorce each other.

During the time the husband and wife lived together, Ms. M was the one who was at fault, leading to the couple's conflict and divorce. Specifically, in 12 photos provided by Mr. D to prove Ms. M's affair, Ms. M admitted that there are 3 pictures of her and her boyfriend and many messages from Ms. M's phone. Therefore, Ms. M violated her obligations and rights to educate her children as prescribed in Article 72 of the Law on Marriage and Family 2014 of Vietnam "Parents shall create conditions for their children to live in a happy and harmonious family environment; set good examples for their children in every aspect; and closely collaborate with schools, agencies, and organizations in educating their children.…”. In addition, Ms. M has no evidence to prove her income. Therefore, there is no basis to believe that Ms. M has enough economic conditions to raise children.

Considering that, Ms. M is not qualified to raise children according to the law, it is appropriate to give the child to Mr. D to continue raising.

The court relied on the fact that Ms. M could not prove her income, so there was no basis to determine her economic eligibility to raise children and that Ms. M's adultery violated her obligations and rights to educate children to determine Ms. M is not qualified to directly take care of and raise her children.

For comparison, Clause 3, Article 81 of the Law on Marriage and Family stipulates: “Children under 36 months of age shall be assigned to their mothers to directly raise them unless the mothers are not eligible to directly look after, care for, and nurture. Educating children…”

Therefore, for the case of a child under 36 months old as mentioned in the above judgment, the custody of the child will belong to the mother unless the mother is not qualified to directly take care of and raise the child.

In addition, Clause 1, Article 72 of the Law on Marriage and Family 2014 provides:

1. Parents have the obligation and right to educate, care for and create conditions for their children to study.

Parents create conditions for their children to live in a warm and harmonious family environment; set a good example for children in all aspects; closely coordinate with schools, agencies, and organizations in educating children.”

In conclusion, adultery does not automatically lose the parent's custody after divorce, but it is one of the factors affecting who the Court assigns custody to. As the Court judgment has determined that Ms. M's adultery is a violation of her obligation and right to educate children and that is one of the reasons why Ms. M is ineligible to raise children, since then the Court gives the common child to Mr. D.