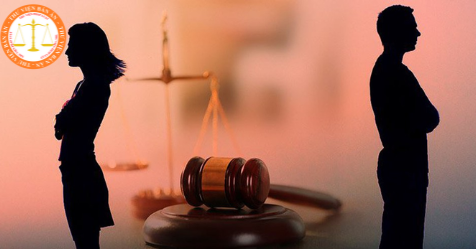 Divorce is a personal right of each person and cannot be transferred to another person. However, in reality, there is still a case where a party, having lost its civil act capacity, cannot exercise this right on its own. A person who has lost his/her civil act capacity cannot perceive and control his/her behavior, so he/she cannot request a divorce. So, in this case, how will the divorce issue be resolved?

Typically, at the Judgment 06/2019/HNGĐ-ST dated January 24, 2019 of the People's Court of Thuan An town, Binh Duong province, the first instance trial on divorce and child custody dispute between Mrs. Mr. Truong Tan B.

Compared with the provisions of the law on marriage and family in Article 24, specifically:

Article 24. Bases for determination of representation between husband and wife

1. The representation between husband and wife in establishing, making and terminating transactions shall be determined in accordance with this Law, the Civil Code and other relevant laws.

2. Husband and wife may authorize each other to establish, make or terminate transactions which, as prescribed by this Law, the Civil Code and other relevant laws, shall be agreed upon by both spouses.

Clause 3, Article 24 of the Law on Marriage and Family 2014 provides as follows:

Normally, husband and wife represent each other when one party loses civil act capacity. But in divorce, the spouse cannot represent the other party when the other is incapacitated for civil acts, because it may affect their rights and interests. When there is an application for divorce, the Court will appoint a representative.

Therefore, when one party loses civil act capacity, the other can still ask the Court for a divorce. However, in case the Court has not yet issued a decision declaring the loss of capacity to act, the plaintiff must first carry out procedures to request the Court to declare the defendant to be a person who has lost his/her civil act capacity. Only then will the divorce petition be submitted to the competent court for settlement.

The difference between a divorce case and a person who has lost civil act capacity is that after accepting the case, the court will proceed to bring the case to trial without going through the conciliation procedures like normal divorce cases. according to Clause 3, Article 207 of the Civil Code.