Dividing assets in installments upon divorce in Vietnam 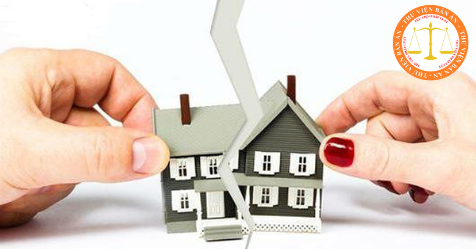 Life is increasingly modern, and the number of divorces is also increasing. When there is no longer a meaningful love, they want to divide even the smallest assets. There are negotiable assets, and there are disputed properties claiming to be separate properties. So the property bought before marriage, but still has to be paid in installments during the marriage, will the installment amount be divided upon divorce?

Typically in the Judgment 12/2017/HNGĐ-ST dated December 28, 2017 of the People's Court of Tieu Can district, Tra Vinh province for the first-instance public hearing of the judgment on the dispute of divorce, child rearing, and division of common property between plaintiff Ms. Truong Thi L and defendant Mr. Phan Hoang A:

" In 2009, Ms. L and Mr. Hoang A got married and had a common child named Phan Thi Tra M. On December 2, 2013, they were divorced by the People's Court of Tieu Can district. On August 11, 2016, Mr. Phan Hoang A and Ms. Truong Thi L established a marriage relationship for the second time and registered their marriage at the People's Committee.

But because the couple often quarrelled, could not find a common voice, and could not continue their married life, Ms. L and Mr. Hoang A have been living separately since March 2017 until now.

Mr. Hoang A spent money to buy an Exciter-type motorcycle in April 2016, until August 2016, Ms. L remarried Mr. Hoang A. At Court, Ms. L asked Mr. Hoang A to refund her ½ the amount paid in installments during the marriage".

The Trial Panel of the People's Court of Tieu Can district made the following argument: For an Exciter motorcycle purchased by Mr. Hoang A in April 2016, Ms. L did not conclude until August 2016. remarried Mr. Hoang A, the installment documents from August 2016 to January 2017 only have Mr. Hoang Anh's name, no name or signature of Ms. L, Mr. Hoang A does not acknowledge the car as an asset. shared. At the Court, Ms. L also did not have any proof that from August 2016 to February 2017, she had paid her money and paid directly in installments, so there was no basis to accept her request.

It can be seen that, in this case, when a property is purchased before marriage, paid in installments during the marriage, if the owner does not recognize it as the common property of the husband and wife, the other person has no Invoices and papers proving that they have paid the installments will not have enough grounds to divide the amount for such installments upon divorce.

However, if the plaintiff and the defendant can agree on the amount of installment payment during the marriage, the court will base on this agreement to make a ruling.

The issue of property division during divorce is one of the most painful issues. You can learn more about this issue through Circular 01/2016/TTLT/TANDTC-VKSNDTC-BTP guiding the implementation of a provision of the Law on Marriage and Family of Vietnam.