Distinguish between shared pathway and passage - Related judgment in Vietnam 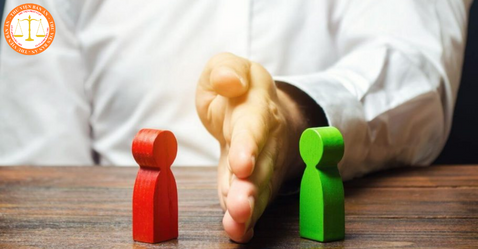 My neighbor and I have a dispute over the shared pathway. Therefore, I would like to know more about the regulations regarding this matter? "Minh Ha - Dong Thap, Vietnam"

The Lawnet would like to answer your questions as follows:

1. What is shared pathway? What is passageway?

- What is shared pathway?

Currently, Vietnamese law does not have any regulation regarding shared pathway. However, it can be understood that a shared pathway is an area of land that is cut off for land users to use as a way to go to a public roadway.

In contrast to the shared pathway, the passage and the right of passage are clearly defined by the Civil Code and the Land Law, specifically in Clause 1, Article 254 of Vietnam's Civil Code 2015:

2. How to distinguish between the shared pathway and the passage?

3. Some judgments on disputes over shared pathways

- The settlement result: accepting the appeal of the defendants Mr. Nguyen Hoang B1 and Ms. Truong Thi B2; correcting the first-instance civil judgment 29/2018/DS-ST dated June 19, 2018 of the People's Court of District Z, Soc Trang province on the "Dispute about reclaiming the shared pathway."