Disputes on shared pathway and some related judgments in Vietnam 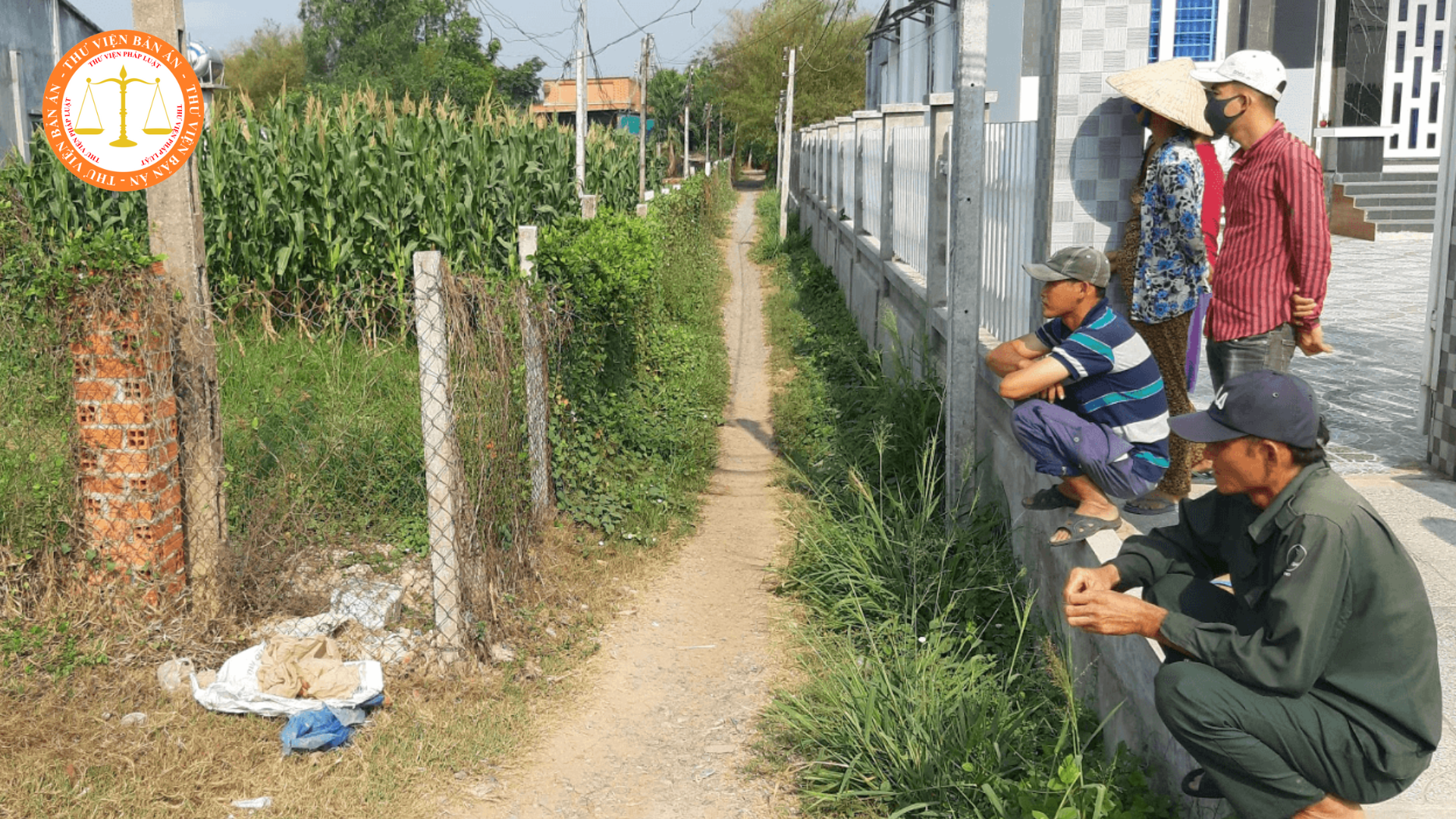 My family and the neighbor's family have a common path that goes through the neighbor's parcel of land. However, 2 weeks ago, the neighbor built a brick wall to cover the whole plot of land, so my family did not have a way through even though they had previously agreed on a shared pathway. Thus, I want to learn more about the regulations on this issue. "Nha Tien-Quang Ninh, Vietnam"

The Editorial Board would like to answer your questions as follows:

1. Regulations on shared pathway in Vietnam

In Article 254 of Vietnam's Civil Code 2015, below are provisions on the right of passage as follows:

- The location and the length, width and height of the passage shall be agreed by the owners in order to ensure convenient passage and minimize inconvenience to the parties. If there are any disputes regarding the passage, the parties may request the authorized State body to resolve.

- Where immoveable property is divided into more than one portion for different owners or users, upon division, necessary passages must be provided, without compensation, to persons in the interior as provided in Clause 2 of this Article.

At the same time, the walkway must also meet the conditions of location and limit. The width, length, and height of the aisles shall be agreed upon by the parties themselves and ensure convenience for travel while causing little inconvenience to the parties concerned.

2. Some judgments on disputes over shared pathway

Judgment 04/2018/DS-PT dated January 18, 2018 on the dispute over the shared pathway and forcing the cessation of the act of obstructing the use of the passageway

- Quoting the content: "The land area is about 04m2 to 05m2, is a part of the path right in front of the gate of Mr. Phan Van T. This is the land belonging to the passage, which has been formed and used successfully by households living inside for a long time. "The reservation of the path and agreement on the shared path of the households is consistent with the provisions of Clause 3 and Article 254 of the Civil Code."

- Quoting the content: "Mr. Hoang Van N and Mr. C have a dispute over the road in Hamlet A, commune B, district D, Lang Son province with the disputed walkway area of ​​62.7 m2. From 1987 to 1994, a common path was formed between Mr. Hoang Van N's household and Mrs. L's household. The two households voluntarily walked together without agreement on land contributions for road construction. Until 2004, when the state supported cement, two households together poured concrete on the road, and the road was shown in map sheet No. 41, commune B. "Neither party has been granted a land use right certificate for the disputed land."

- Quoting the content: Mr. D and Mrs. T1 spent VND 180,000,000 to buy land, hire workers to level, embellish and upgrade the road to get the current condition of the path. This road has nothing to do with the land outside Mr.'s land plot. Because this is an internal road, in November 2012, four households applied for permission from the M Commune People's Committee to expand the internal road, which was approved by the M Commune People's Committee. It is not true that Mr. Th thinks that his house is allowed to open the door to the back road because he has a building permit. The first-instance court ordered the plaintiff to pay Mr. D an amount of VND 50 million, which was not objective because the disputed road was built with the effort and money of many people.

Judgment 140/2018/DS-PT dated December 19, 2018 on the dispute over the  shared pathway and the claim for property damage

- Quote from the content: "In the past, when going to Mrs. Phan Thi Hong Ph's garden, there was a common road going through Mr. Vo Dinh H2's garden (the part has now been transferred to Mr. Le Ng). The road has been used by many households for more than 50 years, has a width of more than one meter, and a length of approximately 93 meters.
In 2010, Mrs. Ph and Mr. Ng poured concrete (materials: cement, stone powder, sand). However, all costs (labor hire, materials, etc.) are spent by Mrs. Ph to build the common road.After that, Mr. Ng received a portion of the land use rights from Mr. Vo Dinh H2 and the part with the shared road.In 2012, Mr. Le Ng prevented Mrs. Ph from going. In July 2015, Mr. Ng broke the concrete road. In 2013, the TrH Commune People's Committee re-measured the entire area of land plots in Mrs. Ph's garden, which showed that the path that Mrs. Ph and other households walked into the garden was the " shared pathway."

Judgment 50/2018/DS-PT dated November 10, 2018 on a dispute asking for the opening of a  shared pathway, compensation for damage, and economic benefits