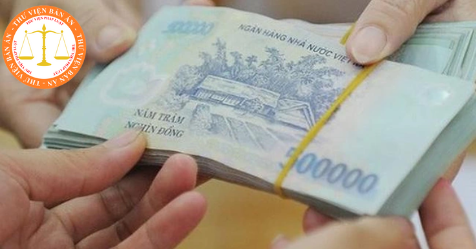 Borrowing money between acquaintances is a common transaction in life. Because of the acquaintance, these transactions are often undocumented showing the borrowing between two people; largely based on mutual trust. Taking advantage of this, many subjects were inactive, evaded debt repayment obligations or had a dispute with the debt amount.

“H1 and H2 are friends, and because of this, H1 lent money to H2 without making any contracts, and at the same time, there was no written loan agreement between the two, no witnesses for the debt. Then H2 did not pay the debt, H1 sued H2 to claim the loan amount. According to the presentation of H1, the amount of money H1 lends to H2 is divided into two times: one time is 13 million VND and the other time is 32 million VND. However, there was nothing to prove for the amount of VND 13 million, H1 later withdrew that part of the money and only sued for VND 32 million.

This happens very often in life. It is a big mistake to lend money to others without any proof. In this case, the defendant also admits that he borrowed the amount of 32 million dong, what will happen if the defendant does not admit to having borrowed that amount? At that time, perhaps the Court will also have many difficulties in determining whose words are true and the possibility of losing the other money is very large.

Borrowing money from relatives and acquaintances comes from mutual trust, so our mentality will be "afraid" to make a contract because we think that making a contract is like not trusting each other. However, if the loan - payment goes smoothly, there is nothing to discuss, but if there is a dispute, there will be nothing to prove, which causes certain difficulties for both the lender and the borrower. borrower. Because there are no documents, sometimes the amount of money offered by the two parties is not the same, or one party takes advantage of that to take advantage of the opportunity to redeem, declare an amount higher than the real amount – the lender or less than the real amount – the borrower.

According to Article 70, Civil Procedure Code 2015, one of the obligations of the involved parties is to provide documents and evidences; evidence to protect their legitimate rights and interests. To avoid the above situation, when lending money to others (including relatives) the best thing to do is to make a property loan contract or a loan document. When there is a dispute that needs to be sued, this will be an important source of evidence we can give to the Court.

According to the provisions of article 463 of the Civil Code 2015 as follows:

Article  463. Contracts for loan of property

Contract for the loan of property means an agreement between parties whereby a lender delivers property to a borrower. When the loan falls due, the borrower must repay the lender property of the same type in accordance with the correct quantity and quality, and must pay interest if so agreed or so provided by law.

The content of a loan agreement may include the following provisions:

+ Basic information of the parties to the property loan contract (money)

+ Purpose of the loan

+ Interest rate in the loan contract

+ Measures to secure the loan contract (if any)

+ Rights and obligations of the lender

+ Rights and obligations of the borrower

+ Cases of breach of contract and responsibilities of the parties

The content of the loan document may be simpler, but it must also meet some basic conditions such as information, loan amount, payment time and interest rate...

In short, a prerequisite to remember when lending money to others, even if it is a relative, it is also necessary to have a loan contract or a loan document so that the interests of both parties are guaranteed.