Conditional donation contract - Rights and obligations of the parties in Vietnam 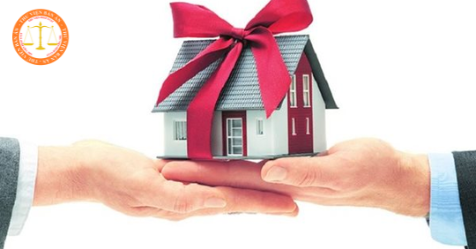 The following is a case of a conditional property donation. Specifically:

On October 1, 2014, the parties went to the Notary Office to notarize the contract of gifting the property to Mr. L with a land area of ​​607.2m2 (including 200m2 of rural land) and were granted a certificate by the People's Committee of town P. certificate of land use rights dated October 20, 2014 for Mr. L. The donation contract does not include the above 03 conditions.

However, the Trial Panel did not accept the request to cancel part of the contract for gifting the property of Mr. C for the following reasons:

Firstly, according to "Paper for house and land" is the condition that the donation of property is not against the law and morality, and the recipient fulfills the obligations after the donation. However, the paper did not agree on what the consequences would be if Mr. L did not perform his obligations towards Mr. C. Therefore, the Court determined that this is only a document for the conditional property but is not bound by legal consequences, but only has the meaning of binding in terms of beliefs and obligations of children to parents, Mr. women and social morality.

Secondly, through the testimonies and collected pieces of evidence, it is not possible to prove that Mr. L and Mrs. H committed abusive behavior as well as failed to perform the obligation to take care of Mr. C.

About Mrs. C's opinion that Mrs. Nguyen Thi H loudly shouted and cursed at her "Wherever you go, my wife and I will not accept you anymore", but the incident was not witnessed by anyone, Mrs. H's side said. negate. Therefore, there is no basis for the Court to accept. And if yes, as Mr. C said, Ms. H's behavior should only be morally condemned, not bound as a breach of the obligations in the gift contract relationship between Mr. Pham C and Mr. Pham Van L, because Mr. L is the subject to perform the obligations in this donation contract.

The family conflict between Mr. C and Mr. L's wife is just a minor conflict in the family, mostly due to disagreements leading to temporary, unsystematic arguments and not abusive behavior.

Thirdly, Mrs. C believes that she was chased away by Mrs. H, leading to no place to live, which is groundless. Because at present, Mr. C still has a house and land on an area of ​​296.3m2, until now he still lives in his own house.

According to the provisions of Article 462 of the Civil Code 2015 on gifting property with the following conditions:

1. A giver may require a recipient to perform one or several civil obligations prior to or after the giving of a gift. The conditions for giving a gift must not contravene the law or social morals.

2. Where a recipient performs an obligation required to be performed as a condition to the giving of a gift and the giver fails to deliver the gift, the giver must pay for the obligation already performed by the recipient.

3. Where a recipient fails to perform an obligation required to be performed after the giving of a gift, the giver may reclaim the gift and demand compensation for damage.

Through the content of the case, we see that it is legal to give conditional property to Mr. C and Mr. L. The donation conditions do not violate the law and are not immoral.

In the author's opinion, it is unreasonable for the Court of Appeal to determine that "Paper for house and land" is only a document for conditional property and does not bind the legal consequences of the Court of Appeal. Pursuant to Clause 3, Article 462 of the Civil Code 2015, when the donor fails to perform his/her obligations, the donor still has the right to reclaim the property even though the donation contract does not specify if it violates the obligations. what the consequences should be. Mr. C still has the right to reclaim the donated property if Mr. L fails to perform his obligations as committed. However, in the case of the above judgment, Mr. C could not prove that he violated Mr. L's obligations, so it is reasonable to not cancel the donation contract.