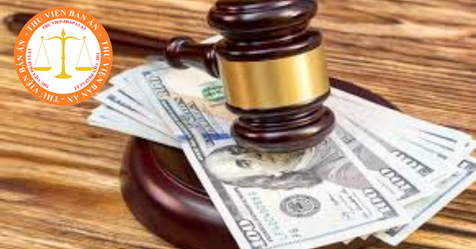 “I would like to know the amount of compensation for damaging caused by harm to life under Vietnamese law. Thank you!" _Van Ngoc (Dong Thap)

Hi, for your case, the LawNet 's answer is as follows:

Under the provisions of Article 591 of the Civil Code 2015 of Vietnam, the amount of compensation for loss of life due to infringement will be as follows:

1. Damage caused by harm to life shall comprise:

a) Damage caused by harm to life prescribed in Article 590 of this Code;

c) Support for the dependants of the aggrieved person;

d) Other damage as prescribed by law.

2. A person causing death to another person must pay compensation for damage as provided in Clause 1 of this Article together with an amount of money as compensation for mental suffering of the closest relatives in the first line of succession to the deceased. If there are no such relatives, this sum shall be paid to the persons who were directly reared by the deceased or to the persons who directly reared the deceased. The amount of compensation for mental suffering shall be as agreed by the parties; if the parties are not able to agree, the maximum sum shall not exceed one-hundred-month base salary prescribed in by the State.

Therefore, when a person infrings on another's life, he or she will have to pay compensation for such items as: health damage expenses, Reasonable funeral costs; alimony for those to whom the damage sufferer means alimony service, compensation for mental loss for relatives of the victim.

The cost of damage caused by the infringing force is specified as follows:

1. Damage caused by harm to health shall comprise:

a) Reasonable costs for treating, nursing and rehabilitating health, and functional losses and impairment of the aggrieved person;

d) Other damage as prescribed by law.”

You can refer to some more judgments on compensation for damage caused by harm to life:

1. Judgment 15/2021/DS-PT on compensation for damaging caused by harm to life and property

- Quote from the content: "Mr. Lau Ba S was the one who burned the house of Mr. H and Ms. X, causing the death of their grandson, Xong Quang T, and causing damage to their property. Because when causing damage, Mr. S was only 17 years old, 01 months and 10 days, not yet 18 years old, so Mr. H and Ms. X filed a lawsuit asking Mr. Lau Ba P and Ms. Vu Y D to be the father and mother of Mr. Lau Ba S (born on February 7, 2003, and died on January 28, 2020) must compensate for non-contractual damage to life and property caused by Mr. Lau Ba S who is a minor from full 15 years old to under 18 years old."

- Quote from the content: "In the lawsuit filed on December 11, 2018, plaintiff Ms. Vo Thi Huong E presented: "I am the biological mother of Vo Hoang X. On the night of February 2, 2018, my child - Vo Hoang X operated a motorbike On Provincial Road 865, when he arrived at the area of ​​M hamlet, M commune, T district, province T, Mr. Phan Thanh P was driving a two-wheeled motorcycle with license plate number 63B8-xxx causing an accident, injuring my child, and getting a license. taken to Provincial General Hospital T for emergency treatment, on February 5, 2018, my son Vo Hoang X died. After the incident, District T police received an investigation, until June 8 / 2018. 2018 District Police T issued a decision not to prosecute a criminal case, because the cause of the traffic accident was the fault of both parties when participating in traffic. My family had to take care of the treatment and burial costs for my child with a total amount of 119,218,455 VND, Phan Thanh P's family gave an advance of 50,000,000 VND. Now I ask Phan Thanh P to compensate me with the amount of 119,218,455 VND and 50,000 VND. 000 VND to lose morale.”

3. Judgment no. 17/2018/DS-ST on compensation for damaging caused by harm to life

- Quote from the content: "On September 22, 2017, Huynh Van H, a driver of M Company Limited, drove a car with control plate number 70B - 01... going from the direction of Ca Mau bridge headed in the direction of Tac Van, Ca Mau City to Hamlet M, Ward K, City C, then causing an accident for Nguyen Tan B's nephew that leads to his deadth on the same day. When the incident happened, the family reported it to the police of city C. On October 20, 2017, the police of city C had a notice not to prosecute the case for the reason that part of the fault was that of grandchild B intention to run off the road, not entirely the fault of the driver.

4. Judgment no. 49/2021/DS-ST on compensation for damaging caused by harm to life

- Quote from the content: "At about 7:15 on June 2, 2019, her husband, Mr. Hoang Van X, born in 1977, worked as a housekeeper near Company X in village P, commune M, district H, Lam Dong province. After day-working, because she forgot her things, her husband went to the side of the road where the motorbike was parked to pick up things. However, Ms. Phan Thi D was suddenly driving a motorbike BKS: 49D1-xx took Ms. Pham Thi H and had carried more goods collided with her husband. At that time, the people who went to work with her husband took her husband to the emergency room at Lam Ha District Medical Center, but when she got there, her husband was dead. After her husband's death, her family faced many difficulties, she both took care of her children's education and was the main laborer in the family. Since her husband died in an accident until now, Ms. D's family has compensated her family with an amount of 20,000,000 VND to take care of the aftermath.

- Adjudicated by:  People's Court of Long An province.

- Quote from the content: "At 8:30 a.m. on March 26, 2015, Le Tuan A (son of Mr. C, Mrs. L) was born deaf and mute with a Thai knife and stabbed Bui Thanh T in the chest and thigh (the son of Mr. ) caused serious injuries and was taken to the emergency room at General Hospital C but died. At the conclusion of forensic psychiatric assessment No. 183/PYTT-PVPN dated May 21, 2015 of the Central Institute of Forensic Psychiatry, the Southern Division concluded that Le Tuan A has mental retardation, no mental retardation. cognitive ability and behavioral control. The investigation agency of Long An Provincial Police has issued a decision to suspend the case. On February 14, 2017, the People's Court of Can Duoc district issued Decision No. 02/2017/QD-VDS declaring that Le Tuan A lost his civil act capacity.