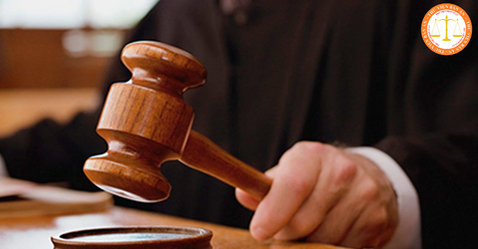 I am having a dispute over land boundary with a neighbor so I would like to know more on how the land boundary is determined? "Nguyen Hanh-Bac Lieu, Vietnam"

Lawnet would like to answer your questions as follows:

In Article 175 of Vietnam's Civil Code 2015, the boundary between adjacent real estates is as follows:

The boundaries may also be determined in accordance with customary practice or according to boundaries which have existed for thirty (30) or more years without dispute.

The land user may not encroach upon the boundary or change the boundary markers, including boundaries being canals, irrigation ditches, trenches, gutters or boundaries of rice fields. Each entity must respect and maintain the common boundaries.

- A person having land use rights may use the airspace and the sub-surface according to the vertical dimensions of the boundaries around the land as prescribed by law and may not interfere with the use by other persons of the adjoining land.

2. Some judgments on disputes over land boundary

+ Quote content: "The land of Mr. S and Mrs. C was left by Mr. S's father, Nguyen Van O, for his use. He declared that he was granted a certificate of land use rights for Plot No. 607, Map Sheet No. 1, with an area of 2,025 m2. Through the actual measurement of 1,506.2 m2, the purpose of use is land T. Issued on November 6, 1995, Mr. S's declaration was granted a certificate without actual measurement, issued according to the map of plot 299. According to Mrs. C, during the use process, the boundary between Mr. S's land and Mrs. H's land has Mr. S's field bank as the boundary, and the land of Mrs. H and Mr. H1 is pond land. The part of Mr. S's land where Melaleuca and dipterocarp are grown is about 4.5 to 5 meters away from the boundary of Mrs. H and Mr. H1's land. Ms. C identified the land boundary between Mr. S and Mrs. H's land as the landmarks M9, M10, M2, A, and M3 shown on the land boundary dispute diagram dated September 10, 2015. Mr. H1 and Mrs. H said that the land boundary between the two sides is the landmarks M8, M4, M11, and M3, not the land boundary as requested by Mrs. C.

+ Quote from the content: "Currently, due to the current land use status of plots 206 and 207 (according to the map made in 1978) of Mr. N and Mr. S's households, there are many changes, so Mr. N, Mr. S, and neither of the local authorities could determine the boundary between plot 206 and plot 207. In fact, during the process of using the land, Mr. N, Mr. S while Mr. E1 was still alive, or Mr. T, Mr. R, and Mr. H while Mr. G2, Mr. T2, and Mr. D1 are still alive and have never been measured in reality, the data on the books are self-declared according to the notes in the index book made in 1974. Therefore, the area on the books and the reality will not match, and moreover, the process of using the status quo has undergone many changes. This explains why, when there is a dispute, the competent authorities will measure the land of the parties, but the results do not match the data.

+ Quote content: "In the process of using land, Ms. D's and Mrs. A's household went to register for registration and were granted a certificate of land use rights." The declaration and registration are done in the correct order at the time of issuing the certificate, but there is no actual measurement. The part of Ms. D's land in dispute belongs to plot No. 1, map sheet No. 6, which has an area according to the certificate of 2,011 m2 of garden land; adjacent to Mrs. D's land is the land of Mrs. Vo Thi A's household, with an area granted according to the land use right certificate of 777 m2 in plot No. 3, map sheet No. 1 (land + garden). Based on the on-site appraisal and appraisal minutes and the land plot extraction map, the actual land area that the two parties are using is lacking compared to the area in the land use right certificate. "Because when declaring and registering land use rights, both parties were not physically measured, so there is no basis to determine that the missing area of Mrs. D's household is encroached upon by Mrs. A's party because the land area of Mrs. A is also missing from the area on the certificate."