Causing disruption at the court hearing is subject to criminal prosecution in Vietnam? 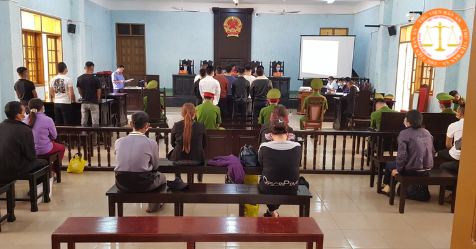 Judgment, the decision of the court is the final judgment that marks the end of the trial process of judgment in Vietnam. When the court's decision was made, there were a number of cases where the results were not accepted; Because of impatience, temporary impulsiveness, the participants in the proceedings accidentally committed illegal acts.

The Judgment 30/2020/HSST dated May 13, 2020 on the crime of disrupting court order has the following contents:

“On September 24, 2019, the People's Court of Vinh Long city decided to hear a civil case about the "dispute over land use rights" between the involved parties: Plaintiff Nguyen Duc H and defendant Tran Thi N. But during the trial panel's deliberation, Ms. N began to commit acts of disturbance and disorder at the trial. Specifically, Ms. N constantly shouted, used crude words, cursed and insulted. Mr. H violated honor and dignity and Mrs. N repeatedly rushed to Mr. H's position to beat him but was prevented by the police force protecting the trial. If he could not fight, N continued to scream and curse, causing disorder in the courtroom. When the Council returned to the courtroom and announced to continue the trial of the case, not accepting the adjournment, N continued to scream and curse at a louder level while pointing at the side of the Trial Panel  with a sandal, the disturbance lasted for about 20 minutes, making it impossible for the Trial Panel to conduct the trial until the defendant left the courtroom by himself, the new Trial Panel continue with the trial.”

Judgment of the trial panel: “The defendant's criminal act is dangerous to society, committed with intentional error, and has directly infringed on the proper operation of the trial agency; the defendant's behavior also caused insecurity and disorder at the People's Court of Vinh Long city; causing confusion and frustration of those attending the trial, condemned by society and prohibited by law."

For the above reasons, the Trial Panel declared defendant N guilty of  "Disruption in court"; applying Clause 1, Article 391; Points i and s Clause 1 Article 51; Article 65 of the Criminal Code of Vietnam punishes defendant Tran Thi N 09 (Nine) months in prison but suspended sentence.

The crime of “disrupting court order” is regulated by the 2015 Criminal Code as follows:

2. This offense committed in any of the following circumstances carries a penalty of 01 - 03 years' imprisonment:

a) The court session has to be suspended;

b) A member of the trial panel is attacked.

Therefore, according to the provisions of Article 391 of the Criminal Code, it is strictly forbidden to insult the honor and dignity not only of the trial panel but also of other participants in the proceedings present at the trial.

In the above case, the defendant was prosecuted for penal liability according to Clause 1, Article 391, which is the lightest penalty frame for the crime of "disturbing the order of the trial" although in the circumstances of the case there is mention of the defendant causing trouble. A 20-minute delay cannot be adjudicated, but when prosecuting, neither the Procuracy nor the Court consider this a case of "challenging the court hearing, leading to a stoppage of the trial" according to the provisions of Clause 2.

Through the judgment, it can be seen that with just a little bit of impatience, the defendant fell into the legal ring and almost faced a prison sentence for his behavior, this is also a deterrent for those who are guilty. who intends to infringe on the “correct functioning of the judicial body” and is an excellent lesson for respecting the court's judgment and adjudication.