A wife who makes a jealous scene can take a series of liabilities. 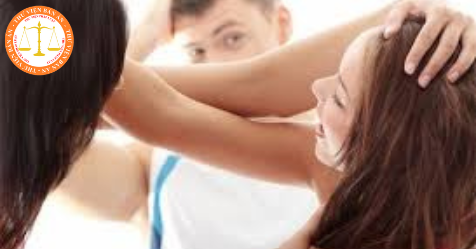 In Vietnam, the act of stripping or using force to envy is quite common among wives when they suspect their husbands of adultery. However, these jealous acts can cause the wife herself to suffer a series of legal consequences from imprisonment, reform to loss of compensation for health, honor, dignity for the third person.

Here are some typical Judgments for the consequences that wives suffer when they go to fight jealousy, specifically:

“Nguyen Thi L1 suspects her husband is Mr. Đ of having an illegal male-female relationship with Ms. Ng so L1 has prepared 01 scissors, 03 pairs of gloves, 01 handful of itchy leaves and invited 4 other subjects to fight with jealousy.

When coming to Ng's house, all five people on the road came to pull their hair, cursing Ng, pulling and pushing Ng to the village streets. L1 continues to use scissors to cut her hair, remove Ng's pants and use a handful of pre-prepared itchy leaves to rub several times into Ng's genitals, making Ng hurt and cry for help. "

The People's Court of Nghe An province sentenced Ms. Nguyen Thi L1 18 months of non-custodial reform for "Humiliating others". In addition, Ms. L and the 4 above subjects must jointly compensate for medicines, wages loss of income and compensation for mental losses due to reputation, honor and dignity violated is 21,916,000 VND.

T is the person who orders and pays the rent through Le Thi P1, P1 has engaged Truong Minh H to have other people directly monitor and perform at T's request to receive the spending money. With an injury rate that harms N's health at 12%.The People's Court of Can Tho City has found the defendants guilty of "Intentionally inflicting injury". According to this Judgment, Pham Thi Sa T was sentenced to 03 years in prison.

On February 12, 2017, Ms. D knew that her husband was Mr. N and Ms. H were going out together, so she stood near Ms. H's house to catch the funeral, waiting until 22:00 o'clock on the same day, she saw Mr. N driving Ms. H back, Ms. D immediately blocked the head of Mr. N's motorcycle, she saw Mrs. H was wearing his coat. Therefore, Ms. D braced with Ms. H to pull out her coat and pulled down her pants but she pulled up a little, while she braced Ms. D used to cut her hair but she cut it into her finger.

Ms. H filed a lawsuit to request Ms. D, Ms. D1 and Ms. D2 are responsible for compensating her for damage to her health, honor, dignity and reputation.

It may happen that many times, because of the loss of temper, the wives go to envy the third person, but in the end, what they get may go to prison. Therefore, the wives must always keep themselves rational, think ahead of the consequences that they may suffer before deciding their "jealous" behavior.