05 judgments on land use right lease contract disputes in Vietnam 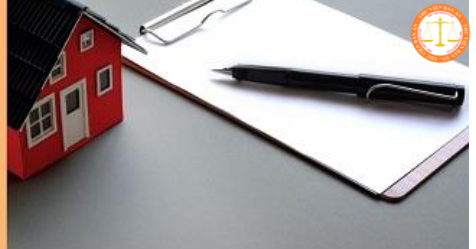 In the process of entering into and performing a contract between the parties, some conflicts often arise, leading to disputes that must be resolved in court. So, how will disputes related to land use right lease contracts be resolved?

Here is a summary of 05 judgments on land use right lease contract disputes:

+ Summary: In 2005, plaintiff Mr. Nguyen Van T leased a house to Mr. and Mrs. Tran Van D. The two parties agreed verbally to rent 600,000 VND/year, no agreement on when to end the contract. At the beginning of 2017, Mr. T asked Mr. D to notarize the lease of land use rights, but Mr. D said he had done it and gave a handwritten note to Nguyen Van C (T's son) but in fact, C did not sign it. Mr. T filed a lawsuit asking Mr. D to move his house and return the land to him. Mr. D agrees with the condition that Mr. T has to support the relocation money for him.

+ Judicial body: People's Court of District C, Can Tho city

+ Summary: On November 16, 2016, Mr. Vo Khac T signed a contract to lease the land use rights to Mr. Do Van X, the two parties signed a notarized lease contract at Office H.The two parties agree that the lease term is 05 years, the rental price is 16,000,000 VND/month, exempting Mr. X for the first month due to construction. Mr. X has paid rent for 3 months, then has not paid rent since March 2017 until now. Mr. X intentionally evaded the payment of land rent, on the contrary, Mr. X also leased the land to a number of people without the consent of Mr. T. Because Mr. X violated the lease contract of land use right, Mr. T sued to request to cancel the lease contract and ask Mr. X to pay the outstanding rent, totaling 656,000,000 VND.

+ Summary: In 2009, Mrs. B.T.H agreed to buy land in the LX industrial cluster and transferred money to Mr. T 3 times. Ms. H then signed a land lease contract with N.T company because Mr. T said the signing of the contract would let the company take care of the procedures, when finished, she would cancel this contract and re-sign the land transfer contract and transfer the name to the red book for her. H builds a house. At the beginning of 2013, N.T company handed over the land to Ms. H and asked Ms. H to lease it back to N.T company, Mrs. H agreed. H later discovered that N.T Company had leased land to H.T Company. In December 2017, she learned that T.T.T Company was leased land at LX Industrial Cluster by the State to build a mechanical factory and electrostatic workshop. She saw that this land was rented with annual payment, and T.T.T Company was not entitled to sublease and had to use it for the right purpose. Therefore, she filed a lawsuit asking for the invalidation of the land use right lease contract between her and the N.T Company, forcing the T.T.T Company and the N.T Company to pay her the land purchase amount and force the 2 companies to compensate her.