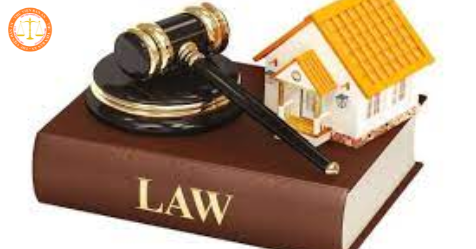 Housing is one of the most valuable assets. Not everyone who builds a house on land will be granted a home ownership certificate. For some reason, the homeowner cannot directly put his name on the certificate but has to ask someone else to do it instead, thereby creating many disputes later.

Below is a summary of judgments with content on home ownership disputes, please refer to:

1. Judgment 179/2017/DS-PT on disputes over house ownership and land use rights

- Quote from the content: “In 1973, Mrs. T allowed her husband and her to come to this land to build their own house. Her family has built a level 4 house with 4 stables on this land since 1973 until now. Her family history has paid tax obligations to the state and there is no dispute with anyone. In 1960 this land was a type of soil and rice. In 1987, this land plot was declared in the name of the owner of the land, Mr. Nguyen Van N, the type of residential land. Until 1994, the land plot was still in Mr. Nguyen Van N's name, the type of residential land. In 1997, her family applied for a certificate of land use rights, the People's Committee of the commune also carried out the procedures for her family to declare and issue a land use right certificate, but there was a request to stop the land use right certificate. P's certificate, so her family has not been granted. Mr. P said that the part of the land in dispute belonged to Mr. Nguyen Van T, who gave it to him and Mr. N. When it was given, there was no specific measurement, no papers. His family built the house in 1983, but until now, it has been completely demolished and there are no documents to prove it."

- Quote from the content: "House and land 82 HMD, Ward 2, District 5, Ho Chi Minh City (real estate 82 HMD) bought by Mrs. H and her husband, Mr. Vuong Dieu V in 1960 from Ms. Tran Thi Gi. After that, Mrs. H and her children lived in the house above. In order to prepare to go abroad, after April 30, 1975, Ms. H asked her husband, Vuong Dieu K, to manage and look after her. In 1983, Mr. K died, so Mr. K's children, Mrs. H2 and Ms. A, continued to look after and manage. In 2002, Mrs. H and her husband returned home and were approved to re-enter the house until now. However, Ms. H still often goes abroad and then returns to Vietnam. In 2009, Mr. V died. In 2014, Ms. H discovered that Ms. H2 and Ms. A had carried out the procedures to register the ownership of the real estate 82 HMD, so she filed an application to stop all civil transactions related to the above real estate and requested Ms. H2, Ms. A returned it, but Mrs. H2, Mrs. A did not agree, and then carried out the procedures to transfer the name to Mr. Th and Ms. Tr for the purpose of dispersing the property."

- Quote from the content: “Mr. T and Mrs. H1 got married in the United States and divorced in 2012. Before the divorce, he returned to Vietnam to visit his wife's family in Ho Chi Minh City. Because he wanted to have a place to stay when he returned to Vietnam, he bought a land plot of 4.5mx20m in N-B residential area. At this time, because he was not eligible to be the homeowner in Vietnam, he asked his mother-in-law, Mrs. N, to act in her name. He transferred money to buy land through VN USA Enterprises company 2 times: On June 14, 2011, he transferred the amount of USD 20,000, on August 9, 2011 transferred the amount of USD 20,000, totaling USD 40,000, the money transfers were regular. have a receipt. In addition, through relatives in his family, he also sent money to Mrs. N many times to cover the cost of building a house. All money for buying land, materials, workers, and buying interior decorations are all expenses. Mr. N is the recipient of the money he sent back from the US. Every time she receives money, Ms. N has an email confirmation. When the work was completed, he planned to return to Vietnam, so he asked Ms. N to return the property, which is the land use right and the ownership of the house mentioned above, but Ms. N did not agree. Now he is suing to ask the Court to force Ms. N to return the house on 1C Street, N-B residential area, Ward A, District B, Ho Chi Minh City."

- Quote from the content: “After Mr. Th1 died, Mrs. H3 rented the house in her name and paid real estate tax according to the House Lease Contract No. 2201/CNTP91. On June 20, 1991, Ms. H3 made a power of attorney with the content authorizing Mr. T to have full authority on her behalf to complete the documents and procedures for buying and selling the house at Cu Xa D, Ward 4, District 3, Ho Chi Minh City. At the time of legalization, there were 08 residents in the household registration of the house at Cu Xa D, including Ms. Tran Thi H3, Mr. Tran Hoang Ngoc H's family (03 people), Mr. Tran Hoang Ngoc T's family (03 people) ) and Mr. Tran Hoang Ngoc C. As for the area of ​​Mr. H's house, which was originally from the yard of the house, around 1979 - 1980, Mr. H built the above-mentioned area for living, after clearing and opening the alley, he had the opportunity to expand it to have the current area, without a construction permit. In 2011, he discovered that Mr. T and his wife had voluntarily changed their name and owned the house mentioned above since 1993.

- Quote content: “The real estate at 102/45/11/5 PHI street originated from Mrs. B and sold to Mr. T, Mr. T asked Mr. H2 and Mrs. H3 to stand in her name. On May 29, 2005, Mr. T sold the above-mentioned house and land to Ms. H, the two parties have made a purchase and sale contract but it has not been notarized. On the other hand, at the time Mr. T and Mrs. H established a house purchase and sale transaction, the house was mortgaged by Mr. T at Bank E to borrow money. The Court of First Instance declared the contract null and void. However, the first-instance Court did not settle the consequences of the invalid contract, which is that the case has not been completely resolved, affecting the legitimate interests of Ms."