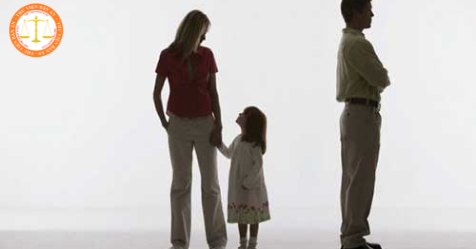 Here is a summary of 5 judgments on changing the person who directly raises children after divorce:

+ Quoting the content: "According to the decision to agree to divorce, Mrs. M is the one to directly raise the child, but Mrs. M can raise the child for a while, then Mrs. Tran Thi M had economic difficulties, so she took her children to hide, Mr. C went to a place where Mrs. M hide to bring her children back to directly raise her and stabilize her life. Since Mr. C brought her children to raise her, Mrs. M had a few times to visit her children. Now Mr. C thinks that Mrs. M is not capable of all aspects such as the accommodation economy, in fact, he is directly raising the children together from September 2018 until now. Therefore, he asked the Court to change the person directly raising the child, which is to hand over the common child named Truong Uyen N – Born: December 10, 2013 for him to be directly raised until the age of majority, Mr. C did not ask. Mrs. Tran Thi M has to pay child support."

+ Quoting the content: "Due to the divorce, Ms. N did not have a job and did not have a stable income, so she agreed to let Mr. D directly raise the child. However, after the Court's decision took legal effect, Ms. N visited her son and asked to take him back to his foreign side to play, but Mr. D and his family members caused difficulties and hindered her from exercising her right to be a mother. At the same time, while Mr. D was raising his children, he went to work in Binh Duong, not taking good care of his children, leading to malnourishment and frequent illnesses. Currently, although Ms. N does not have a home, Ms. N is authorized by her biological father to harvest crops on more than an acre of coconut garden land in Hamlet N, Commune C, and she works at a nail salon and earned enough income to raise children.”.”

+ Excerpt from the content: “After the judgment took legal effect, Ms. P wrote a paper to hand over her child and voluntarily gave the child to her brother for adoption. In addition, Ms. P also handed over to him the birth certificate and immunization record of E. He has raised E from July 29, 2018 to the present. During the time he raised his grandson E, Ms. P visited her child once or twice in 2019. Before that, Ms. P did not visit or inquire about the child's health. All activities and expenses for raising grandchild E are taken care of by me alone.”

+ Results of settlement: Do not accept Mr. Ngo Van H's petition requesting to change the person directly raising children after the divorce.

+ Quote from the content: “Mrs. Th and Mr. T have two children together: grandchild Nguyen Le Gia H, born on April 30, 2008 and grandchild Nguyen Le Thanh H, born on June 3, 2010. The grandparents agreed to assign Nguyen Le Thanh H's grandson to Mr. T to directly care for, educate and nurture; they assigned Nguyen Le Gia H's grandson to her to directly take care of education and nurture. For the time being, no one has joint child support. In fact, Mr. T did not directly take care of, nurture, and educate Thanh H, but took him home and left him to be raised by his grandparents in L commune, D district, while Mr. T went to work in the city B, Dong Nai province, and sometimes Mr. T comes to visit his son. Therefore, she is now suing to change the person directly raising the child. Specifically, she asked to directly look after, care for, nurture, and educate Thanh H."

+ Quote content: "Currently Mrs. N is directly raising child P. Child T is currently studying in grade 9 at N Secondary School and is residing at 114/4A, group 20, hamlet T, commune B, District H, TP.H with grandparents. According to Ms. N, Mr. D now has his own family and does not often live at 114/4A, group 20, hamlet T, commune B, district H, Ho Chi Minh City. Therefore, to ensure the direct care, upbringing, and education of the common child, Ms. N asked the Court to consider assigning Dinh Hoang Ngan T's child to Ms. N for direct care, Mrs. N did not ask Mr. D to pay child support."