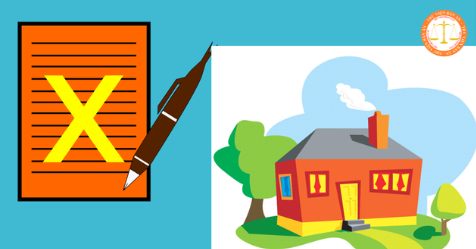 An estate division agreement may be void for the following reasons:

- Violation of the principle of entering into an agreement.

- If the heir inherits the right but fails to perform the obligations as agreed upon, a dispute will arise.

- The incorrect, insufficient number of heirs as well as participants in the agreement to divide the inheritance also leads to the invalid document.

- There is a violation of the provisions of the law on representation.

- The authorized person exceeds the scope of authorization and violates the interests of the principal.

- Violation of the rights of the heir regardless of the content of the will.

- The heirs do not agree on the understanding of the content of the will and sue the Court to divide the estate.

- Incorrectly or insufficiently determining the inheritance block and the share of each person.

- Agreement to divide the estate in excess of the part of the property with the right to agree on division.

- The division of the estate cannot be agreed upon or is restricted in the division.

Below, is a summary of 05 judgments with content on canceling the written agreement on the division of inheritance, please refer to:

- Quoting the content: "Mr. Tran Minh T requested to cancel part of the document of the agreement on the division of the estate dated February 21, 2006 between Ms. Tran Thi D, Ms. Nguyen Thi D1 and Mr. Nguyen Van Ch made at the Notary Office. 2, Long An province and cancel part of the land use right certificate (for the land with an area of ​​​​586m2 belonging to a part of land plot No. 2927, map sheet No. 4, area of ​​1,939m2, type of land LUC in TT commune, district C, Long An province). Requesting Mrs. TT's co-heirs to perform the obligation left by Mrs. TT is to continue to perform the contract of transferring land use rights to Mr. T a part of land plot No. Mrs. TT's co-heir must compensate Mr. T an amount of VND 879,000,000.

2. Judgment 24/2020/DSPT dated December 16, 2020 on the request to cancel the document on the division of inheritance property

- Quoting the content: "Considering, the Property Division Agreement dated October 23, 2006 (signed and authenticated by the Chairman of the People's Committee of An H Commune on November 27, 2006) by Ms. D, Ms. N, Ms. G and Ms. E had a meeting to agree for Ms. D to have full rights to manage, use and dispose of the above 2 land plots. The fact that Ms. N, together with Ms. G and Ms. E, went to the People's Committee of An H Commune to sign the Agreement on property division for Ms. D was completely voluntary, not forced, not mistaken, or deceptive as stated. Ms. E's statement said that, after Mr. B's death, family members including Ms. N, Mrs. G, Ms. E, and Ms. D only agreed to let Mrs. D manage and use the use of the property on behalf of the family. Using the above land plots until Mrs. N's death will be settled and divided equally among the sisters, Ms. E's testimony is not acknowledged by Ms. D and Ms. G, in addition, Ms. E has no evidence to show that there is any evidence that Ms. above agreement. Ms. E said that because she was in a hurry to teach, when she signed the agreement on property division made on November 27, 2006, Ms. E did not read it again. Seeing that Ms. E is a teacher and has the legal knowledge, it is impossible for Ms. E to sign the Property Distribution Agreement without reading the contents, so Ms. D's testimony is baseless.”

- Quoting the content: "Mrs. N said that when she signed the document on the division of the estate shortly after her mother's death, she was not calm when she signed it, so she did not carefully consider the document. Now she saw Mr. HP selling the land, so she discovered it. However, from the time the document was signed in 2012 to the time the lawsuit was filed in 2018, it has been 6 years since she and Ms. Hm just learned that the signing was groundless. During the settlement of the case, the legal representative of the defendant Mr. Tran Duc Hung, and the legal representative of the Notary Office Dao Xuan T believed that the time of making the written agreement on the division of the estate at the Public Office Can Gio witness, Mr. and Mrs. Tran Van Xg, Tran Duc H, Tran T NG, Tran T Han have civil act capacity in accordance with the law. The notary has read and explained the rights and obligations of the parties according to regulations. The parties have read, agreed, and voluntarily signed the document. The content of the agreement in the document on the division of the estate No.001569 certified by the Can Gio Notary Office dated August 20, 2012 is not contrary to law and social ethics.

- Quoting the content: “The grant of a land use right certificate to Mr. Nguyen Van Nho is in accordance with the order and procedures on the basis of the land transfer contract. After Mr. Nho died, Mr. Nho's heirs of Mr. Nguyen Phuong N2, Mr. Nguyen Quang N1, and Ms. Le Thi Kim S2 made a written agreement on the division of the estate, which was notarized by the Can Giuoc Notary Office on January 14. 2016 is in accordance with the provisions of the law. On the basis of the written agreement on the division of this estate, the Department of Natural Resources and Environment of Long An province issued a land use right certificate to Ms. S2 which is also in the correct order and procedure. Mr. S1 filed a lawsuit but could not produce any evidence, so the first-instance court's rejection of Mr. Nguyen Van S1's claim against Ms. Le Thi Kim S2 was grounded in accordance with Article 133 of the Civil Code of Vietnam. "