05 judgments for the crime of involuntary manslaughter in Vietnam 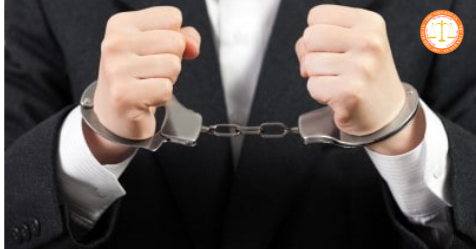 Involuntary manslaughter is the act of one person causing another person to die with an unintentional fault (unintentionally due to negligence or unintentionally due to overconfidence). According to that, a person who commits an act causes deadly consequences because he or she does not foresee the possibility of causing fatal consequences even though he must have foreseen and foreseen it, or even though he knows his actions may cause such fatal consequences outcome but believe that the outcome would not have occurred or could have been prevented.

The level of punishment for the crime of Involuntary manslaughter is specified in Article 128 of the Criminal Code 2015 of Vietnam as follows:

"1. A person who commits an involuntary manslaughter shall face a penalty of up to 03 years' community sentence or 01 - 5 years' imprisonment."

+ Summary: On September 21, 2018, at the blasting area of ​​Huong Bang quarry, when Ho Phuoc Ch was assigned the task of guarding the mines on behalf of Mr. Le Van A, he accepted the task and was sign the blasting passport then go to the guard post. Because she was confident that the blasting time was still long, she allowed Ms. Tran Thi Ch, Ms. Trinh Thi M and Mr. Tran L to pass through the mine guard position without stopping to wait for the blast to finish and without chasing people in the dangerous area before blasting, failing to comply with administrative rules on occupational safety. Consequences: Ms. Tran Thi Ch went into the blasting area of ​​a quarry, and the mine exploded, causing the stone to hit Ms. Ch, and causing her death.

2. Judgment 08/2021/HS-ST dated January 19, 2021 on the crime of unintentionally causing death due to violation of professional rules

+ Summary: Nguyen Duy T is a worker of Power Management Team No. 1 of Power Company K, has hired Mr. Ngo Van M, Mr. Hoang Gia G and Mr. Hoang Duc N as freelancers to pull electric wires in M3 village. During the process of pulling the wire on the power pole, it was found that there was a shortage of wire, so Mr. M and Mr. C went to village X, commune T to cut the wire and bring it back to connect, Mr. M climbed up the power pole and cut the wire on the pole with pliers with the intention of bringing it to M3 to connect, he was electrocuted, was brought to the ground by people and taken to the emergency room, he died.

+ Summary: On January 30, 2020, Chang Thi M went up the hill of her house in Den Thang B village, Dao San commune, Phong Tho district, Lai Chau province to cut wood for firewood. Due to the large log, M rolled the log from the top of the hill to the bottom of the hill, then hit Chang Thi P, causing Ms. P to die on the spot. The fact that M rolled the log down from the hill onto sister P was witnessed by sister P's daughter

5. Judgment 56/2020/HS-ST dated June 19, 2020 on the crime of unintentionally causing death due to violation of professional rules

+ Summary: At about 8 o'clock on October 8, 2019, Duong V committed a violation of professional rules because the forklift operator did not comply with the safe operating rules when driving a forklift, loading to Nguyen Cong B in the internal road area between UTILITY 1 factory and UTILITY 2 factory in Hyosung Company, NT 5 industrial park, NT district, Dong Nai province, was discovered and handled.