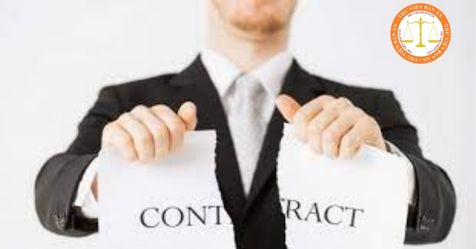 Currently, the issue of unilateral termination of labor contracts by companies and enterprises is of great interest to many people. Many employees are in a situation where their labor contracts are illegally terminated by enterprises, which significantly affects their rights. So when encountering this case, how are employees guaranteed their legitimate rights and interests?

According to the latest provisions in Article 41 of the Labor Code 2019 of Vietnam, an employer that illegally terminates a contract unilaterally must accept the employee back to work under the signed labor contract and must pay wages, social insurance, and health insurance in the days when the employee is not allowed to work plus at least 02 months' salary according to the labor contract.

- In case the employee does not want to continue working: In addition to the compensation amount of 02 months' salary according to the labor contract, the employer must pay severance allowance to the employee.

Below is a summary of 05 judgments on unilateral termination of labor contract disputes in which employees can protect their legal rights, and invite readers to consult.

- Summary of the case: "On May 5, 2018, Company B issued 02 decisions to terminate the labor contract with Ms. Hong: One decision was signed by Ms. Tran Le Q - Senior Human Resources Director, and a decision signed by Ms. Bui Thi T - Deputy General Director of Human Resources. Both of the above decisions are with the same number 269706/2018GXN/Pru dated 5/5/2018. Ms. H believes that it is illegal for Company B to issue the decision to terminate her employment contract because, in fact, she did not make any resignation letter. During 16 years working at the Company, she always successfully completed the assigned and assigned tasks, did not violate or was disciplined, every year her work results were always evaluated as effective, and she also received a certificate of merit from the Insurance Association.”

Decision: Declare the decision to terminate the labor contract. Company B must compensate Ms. H.

3. Judgment 02/2021/LD-ST dated January 25, 2021 on a dispute claiming compensation for damage caused by unilateral termination of the labor contract

- Summary of the case: "At the end of August 2020, Ms. D was verbally informed by the human resources department that she would quit her job on August 31, 2020, but the reason was unknown. On August 31, 2020, company S issued decision No. 82/QDCDHDĐLD/2020 to terminate the labor contract with Ms. Realizing that Company S unilaterally terminating the labor contract with Ms. D is against the law, Ms. D filed a lawsuit to request the Court to settle."

4. Judgment 02/2021/LD-PT dated September 9, 2021 on the dispute of unilateral termination of labor contracts, payment of unemployment benefits and compensation for damage

- Summary of the case: "On August 15, 2020, because Mr. H's mother had an accident, his old father was weak and had no one to take care of him, so Mr. H wrote a letter of resignation starting on October 1, 2020 and request Shipbuilding Company H to pay severance allowance. On October 23, 2020, H Shipbuilding Company issued Official Letter No. 620/DTHL-TCCB-LD replying that it did not agree to let Mr. H resign. Mr. H did not agree and continued to make a notice to send to the company announcing the termination of the labor contract from November 1, 2020, but the company still did not settle for Mr. H's resignation for public reasons. The company is facing difficulties, moreover, by July 6, 2021, Mr. H is old enough to retire, if the company agrees, it will set a precedent for employees nearing retirement age to apply for severance pay. level, this causes economic difficulties and personnel arrangement of the company. Therefore, on November 1, 2020, Mr. H officially quit his job and filed a lawsuit to force H Shipbuilding Company: Issue a decision to terminate the labor contract and pay severance allowance, unemployment allowance, compensation for often mentally damaged and late in paying pensions”

5. Judgment 01/2021/LD-ST dated April 14, 2021 on request to cancel the decision on unilateral termination of labor contract and claim for damages

- Summary of the case: "On April 3, 2017, the Director of the provincial guesthouse Mr. Tran Xuan B issued the Decision to terminate the labor contract No. 19QD/NC issued on April 3, 2017 on the termination of the labor contract. employment contract with Ms. N. Mr. B's decision to terminate the contract did not notify her in advance nor did he hold a meeting to notify her. Mr. B terminated the contract with her on the grounds that he took 5 days off work without permission and acted in violation of the regulations in the working regulations applicable to guest house employees.

- Decision: Accepting part of the petition. Cancel the decision to terminate the labor contract and force the guest house of province D to compensate Ms. N.