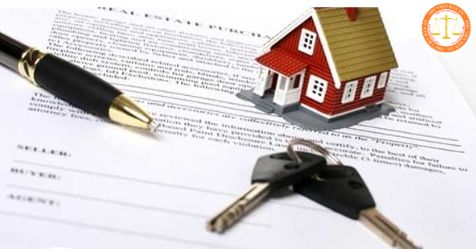 In civil transactions, specifically in this article, which is a contract for gifting a house or land, established due to deception or threat, there will be no agreement between the will and expression of the will of the deceived part, which leads to determined to have no voluntary element. These cases often take advantage of relatives' lack of understanding or trust to trick others into signing a donation contract. According to the provisions of the Civil Code of Vietnam, when there is a request of the deceived party and there are grounds for the Court to accept this as a fraudulent transaction, the contract will be declared void and the cheating party will have to complete the transaction, return the property, and at the same time compensate the deceitful party.

Deception in a civil transaction in Vietnam is an intentional act of one party or a third party in order to mislead the other party about the subject, nature of the object, or the content of the civil transaction.

Here are 05 judgments on contracts for gifting houses and land that are invalid due to deception, please read for reference.

- Quoting the content: "By chance, Ms. S discovered that the document Mr. V took her and her husband to work at Notary Office B in Ho Chi Minh City is not a document of authorization of the house for the mortgage but a contract for gifting the house, in this contract, there is a handwritten line "read and agreed to give the house" on the part of the donor that is not in Mr. M's handwriting, and Mrs. S mistakenly wrote and signed the contract to donate the house but did not aware that it is a gift for the home. Because Mr. M is illiterate, and Mrs. S is very literate, he can only write under the guidance of others without knowing enough about the script's meaning. Mrs. S was very surprised and surprised to ask V again, but V was silent and did not answer. Therefore, Mr. Luong Thanh V deceived her husband and wife from authorizing the house for V to mortgage to giving a house to V."

- Quoting the content: "The notary officer instructed her, T, Thu to falsely sign the blank paper and said that after signing, she would add information later, she also asked T again and was instructed by T. The guide is to sign to do the procedures to separate the land for H. Because of trusting her daughter and trusting the notary, she and her daughter Le Thi T2 signed blank papers. When signing documents without Le Thi H signing, the signing place is not at the office of Notary H."

- Quoting the content: "According to Ms. T, Mrs. Nguyen Thi B took advantage of when her mother, Nguyen Thi X, was bedridden to bring the notary home to sign the contract. Mr. Xu believes in his children, so he signed a notarized contract to donate the entire land use right of the husband and wife to Mrs. Nguyen Thi B. When Ms. Nguyen Thi B asked for a Land Use Right Certificate, Mr. M only found out that he was deceived by his wife and daughter, Nguyen Thi B.

- Quoting the content: "On June 1, 2017, Mrs. N's daughter-in-law, Nguyen Thi T, told her to go to the notary office to carry out the procedures to bring her two grandchildren into the LURC. When she went to Notary Office No. 1 in Lao Cai, Ms. L, an employee of the office, told her to sign the contract. Mrs. N thought only to sign it to add the names of 2 children to the LURC, so she signed it, but she was not allowed to read, receive and sign the contract. understand the terms of this contract. After a while, when she received the LURC, Mrs. N realized that her name in the LURC was her grandson Hoang Trung H and Hoang Thuy L, and Ms. T did not have her name anymore. Therefore, Ms. N determined that the donation of the land use right was because she was deceived by Ms. T, she did not voluntarily give it like that."